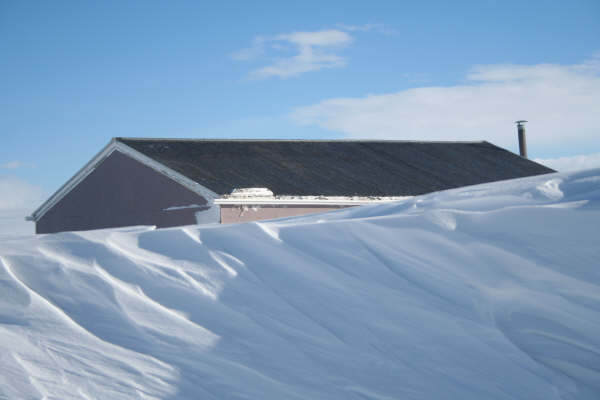 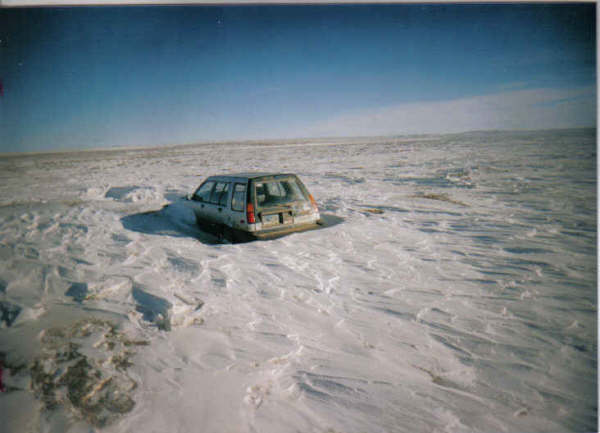 I am back with a further update.  I have found on forums people dismissing problems with rural subdivisions as "not buying for the intended purpose".  It's easy to say that, since around 2006, many subdivisions were sold for recreational purposes and not year round living.  The same property was sold in 2005 as a homesite--some realtors were very happy to tell buyers that year-round access was pretty much possible.  The same property was sold in 2000 as "a piece of the American dream"  which meant anything the seller wanted, since he wasn't really selling land.  So what purpose did the writer buy the land for?  If they bought it recently, it may have said recreational.  Due to the hard work of the legislature and citizens of Wyoming, sellers can now be required to state the lack of services if counties require this.  In the past, there may not have been internet sites that provided information on these subdivisions.  If one were to be truly "fully informed" in the past, visiting nearby ranches and citizens of nearby towns was the only way to get some idea.  It would have been a prudent idea and some people may have thoroughly investigated.  It's easy now to say how things should have gone in the past and to pat one's self on the back for being such a good buyer.  However, if these buyers just took the word of the realtor that the area was seasonal, they are no different than the buyers who thought they were buying a homesite.  Check out everything before you sign on the dotted line--access, both legal access and winter access, services if there are any, clear titles, etc.  Contract-for-deed allows many of these items to be simply skipped over.  Do your homework.

After reading how exciting is it to retire and live in a tent  through rain, hail and lightening while building a reitrement cabin in a rural slum (which Wyomingites build slums, they are not the result of deterioration of property), I have decided I will not retire. I do not want to find that I have lived my whole life working toward living in a ghetto with no services, no running water, no electricity, etc. I do not want my mind to tell me I am indestructible and can overcome nature if I just try hard enough (I made it through teen years, why try that insanity again?). Retirement is not what it used to be.

According to ours news stations, by 2012, Wyoming will have the largest population of persons over 65
living here. It is a fascinating change that retirement now means living in a state with eight to nine months
of winter, 70 mph wind and dust storms. When I was younger, retirement was to the warmer climates such
as Arizona and Florida. I am wondering what changed that retirement is now cold and windy....


Realtors have capitalized on this new influx of retirees, selling "ranchettes" in the 35 to 40 acre range for
around $1000 an acre. There are no maintained roads, often no electricity or water, and no services.
Some are close to a larger city, some are very remote. Since it is difficult or impossible to get out year-round
in the remote areas, retirees buy in these areas, as do self-employed persons and home-schoolers. The
majority seem to be retirees. These are photos from one such development this winter: 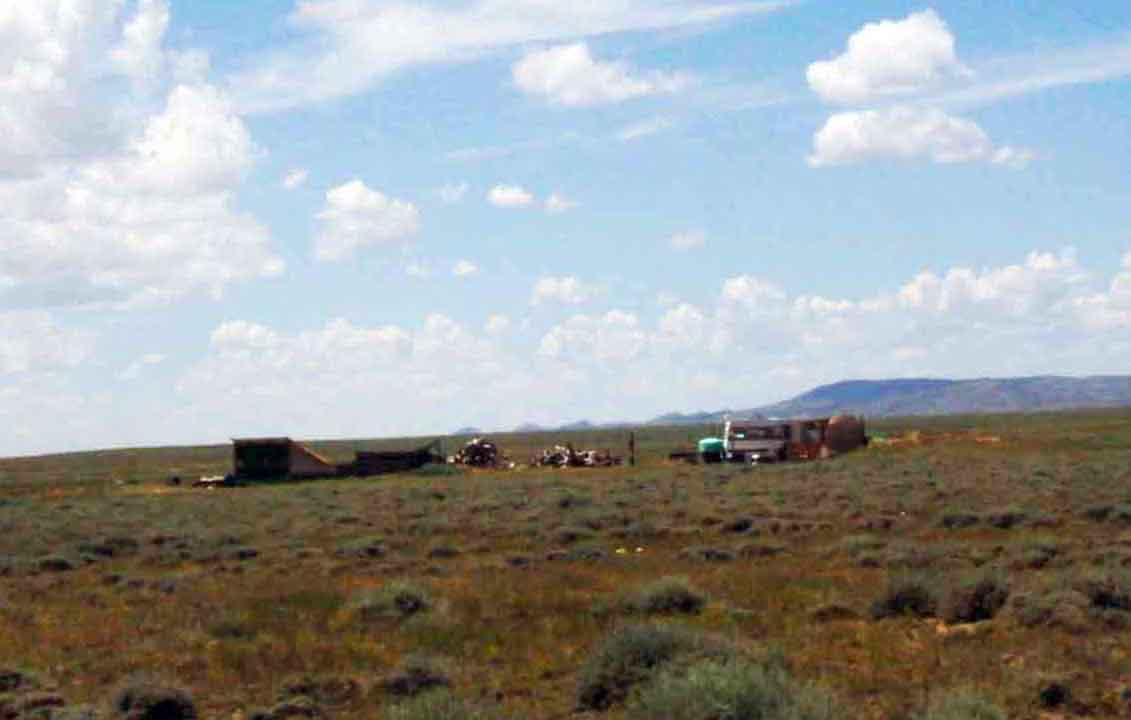 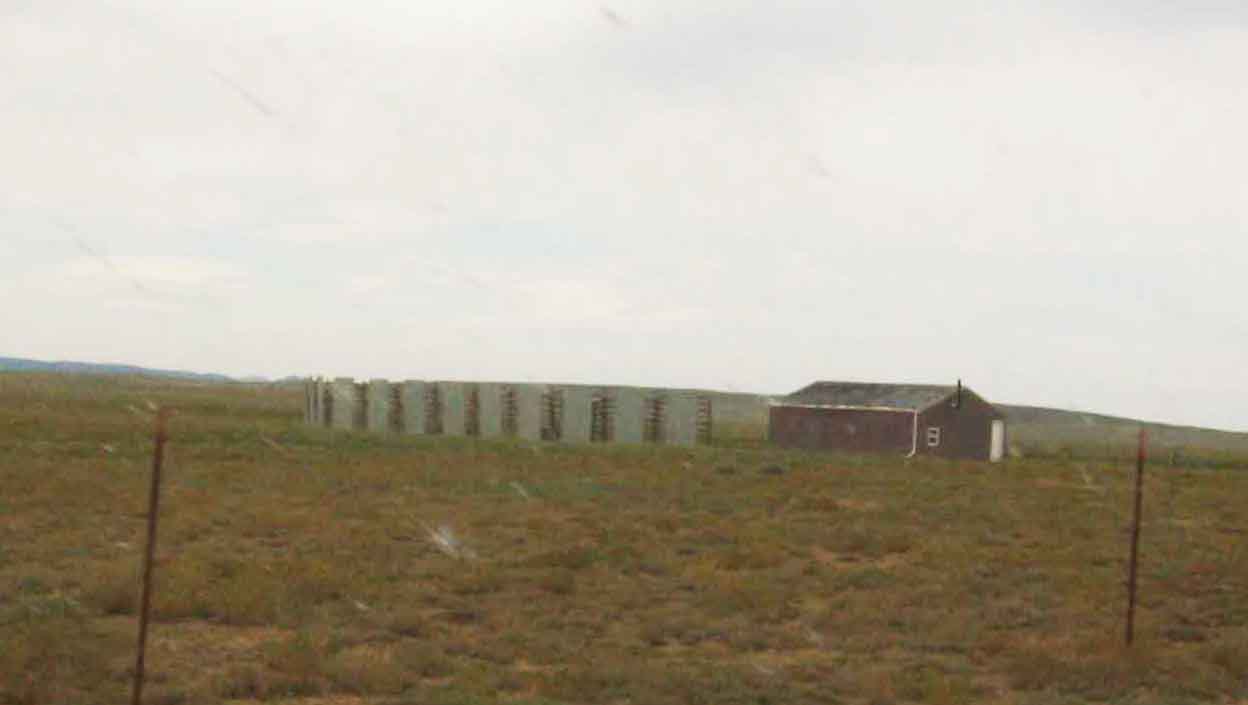 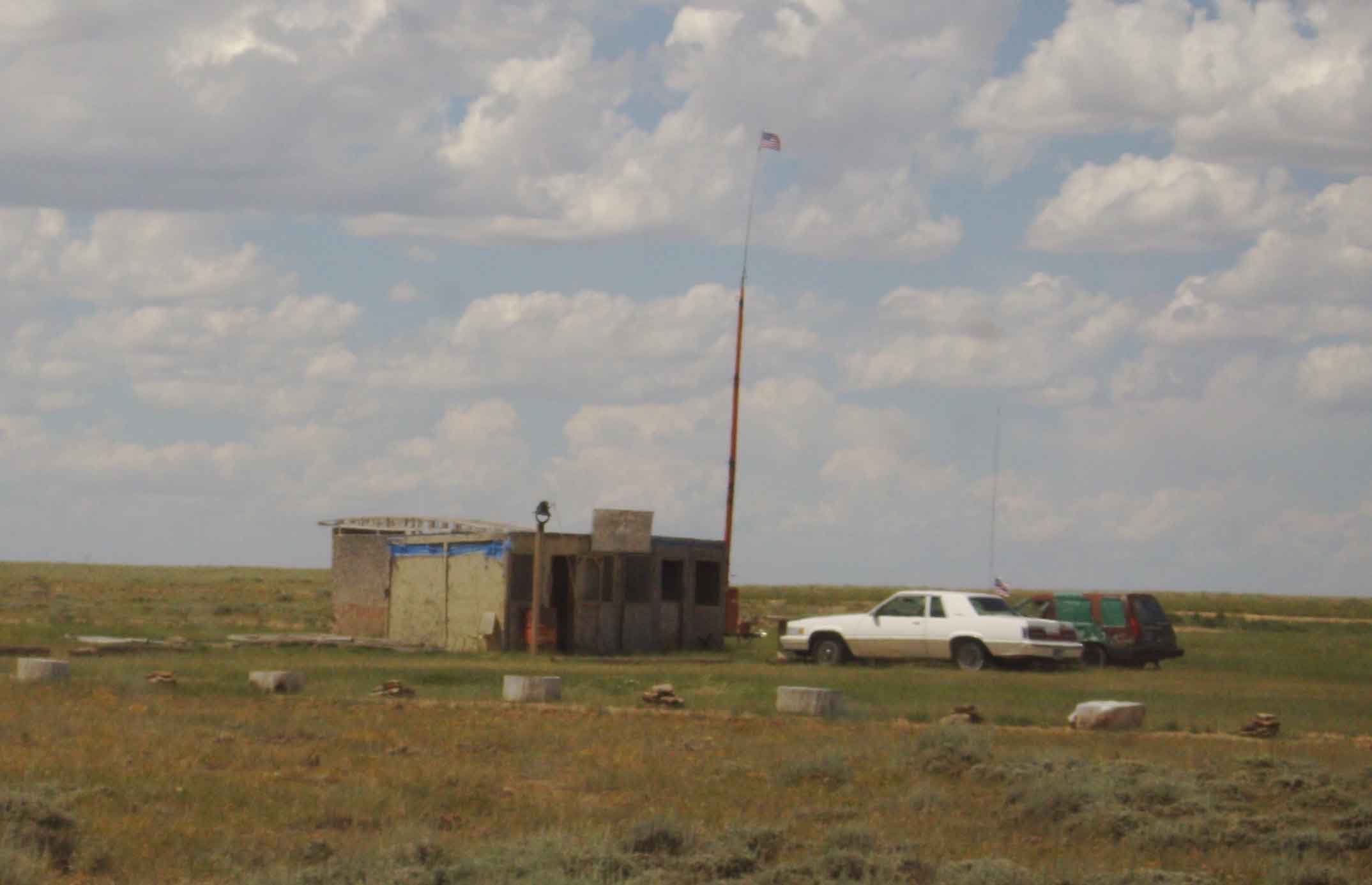 This page is not updated regularly.  It appears that many people have no interest in the truth of a real estate purchase.  Forums on the internet indicate that telling someone the "nirvana" they purchased is really not what the agent said is meet with open hostility.  Plus, since the real estate market fell, the moderators of the forums remove uncomplimentary discussions as well.  Thus, frequent updating was not warranted.

It seems that if one does not agree that land is perfect for habitation and everything is beautiful and wonderful, it is because the person making the statement is just a sad and negative person.  It's certainly not because the person has 25 years experience in living in the area.  So, in deference to those who do not want their fantasy challenged and who have magical powers so they can live anywhere on earth and things will be wonderful, I am no longer regularly updating this section.

For information on Wyoming, check out the forums.  I have found that individuals who do not live in the state or those who recently moved here are the foremost authorities on the state.  Strike up a thread with one of these persons and rest assured your land purchase and move to Wyoming will be perfect and flawless.  There are people actively encouraging moving to these areas.

Since "beautiful" and "wonderful" and "heavenly" are fairly subjective terms, I leave you with photos of a development described as "part of something beautiful" on an internet forum.  This is your "neighborhood": 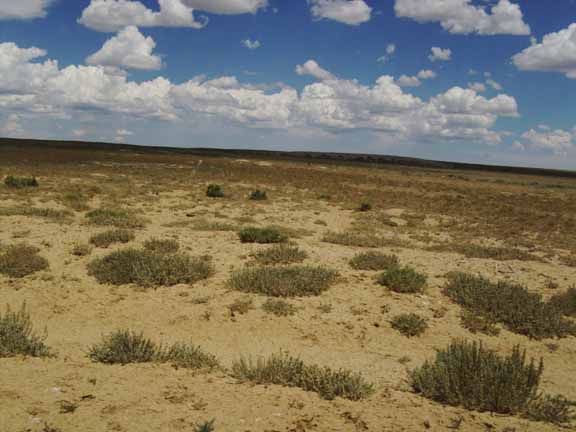 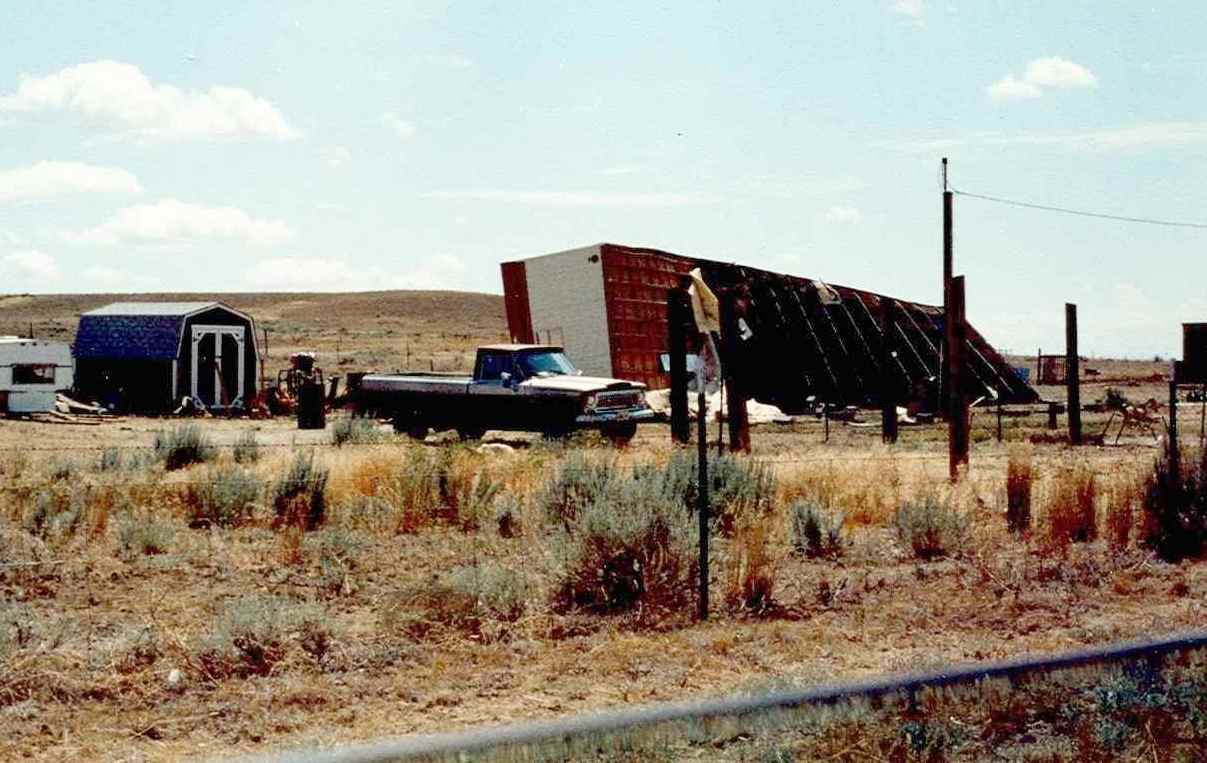 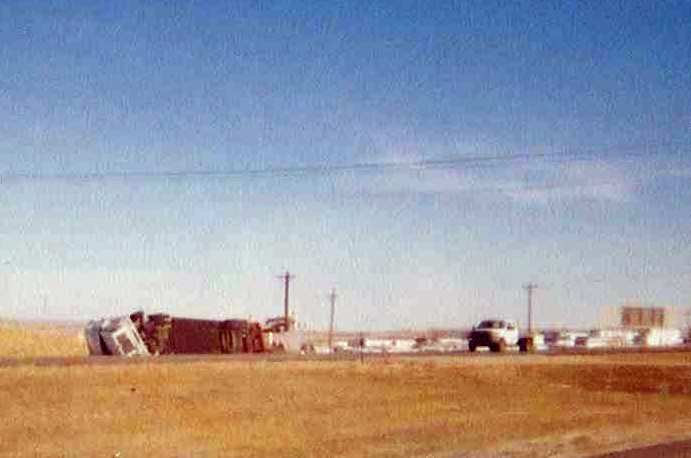 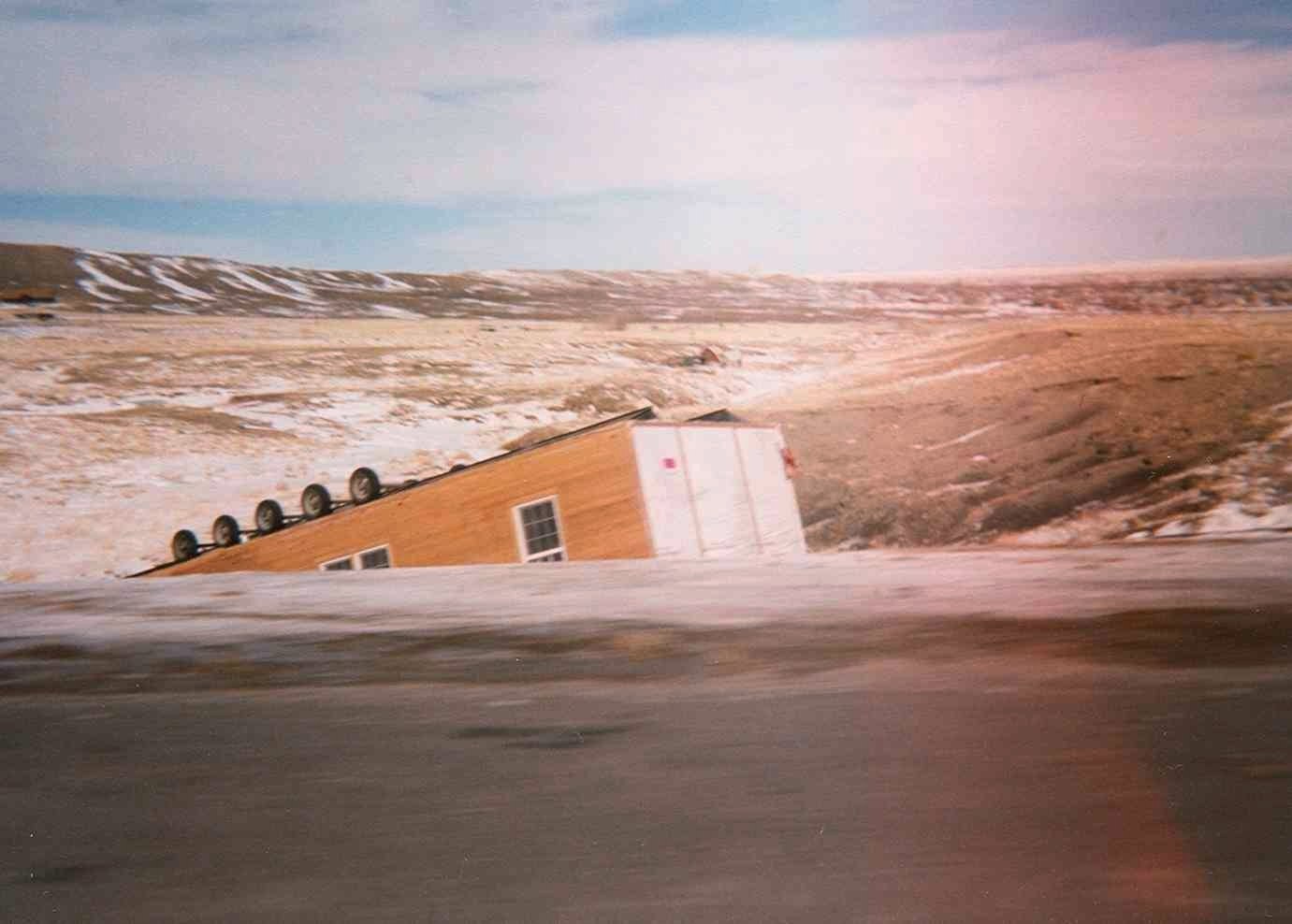 The roads leading in and out are gravel with no maintenance except that of the residents. In addition,
the paved roads that connect to the gravel roads can be closed due to blowing snow for several days
each week during the winter months.

These ranchettes are being purchased by individuals with health problems and individuals who have
little or no experience with winter conditions. One resident died this year (2007) trying to walk back to his
home after his truck got stuck. Another was reportedly saved by Search and Rescue, again within
five miles of their home. The most interesting thing is people seem to think Wyoming residents
exaggerate the danger. Apparently, teenagers aren't the only group of people who are bullet-proof
and live forever.

Winters in Wyoming can have 70 mph wind gusts and 40 mph sustained winds. This year, a local sign
company had two metal billboards blow down. This was very common 15 years ago and should not
be taken as an anomaly. Trees in alpine regions lack branches on one side. This is usually at quite
high altitudes, but altitudes are something that are also deceptive. Just because you're on a plain that
looks relatively flat does not mean you are not at high altitude. Some areas of Wyoming sold to
retirees are over 7000 feet. That's higher than the mountains in some other states and just as cold
and windy. The highway department has been criticized because there is not enough being done to
warn about semis blowing over in high winds. They have signs, now they have windsocks, and yet
truckers ignore the warnings. It just can't be that bad, right? 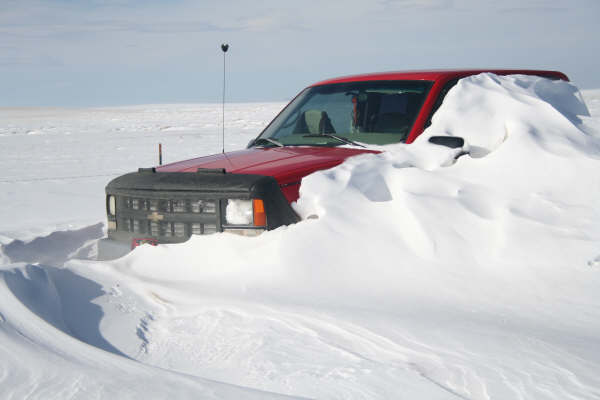 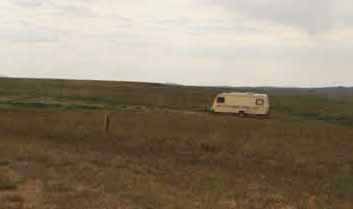 I was recently made aware of a sales pitch that states 35 acres can hold 17,000 cars. If you measure
the size of land by how many cars it will hold, it is quite clear that the land is being sold to people who
cannot imagine what they are buying. I know of no one living in Wyoming who would ever think to
measure a parcel of land by how many cars it can hold. Again, people are being sold a fantasy
couched in terms that makes it believable to them. The ads often mention "reservoirs" and "great
public fishing" and pictures showing trees and brush. In most states to the east of Wyoming,
what the place being sold would be called is a large stock pond with 500 cattle grazing, a public
outhouse, and no sign of the trees and shrubs. If one wants to buy into the fantasy and pay large
sums of money for land that in no way resembles the sales pitch, that is their choice. But it should be
a choice they make knowing full well it's a fantasy and there should be no complaining later on.

Trust me, I want to believe that people really do want to retire to a desolate area with high winds, nine
months of winter, no services and they will be happy. The huge gas bill to get to a town with groceries
won't be a problem on a fixed income, nor will the cost of heating their homes for 75% of the year, the
home repairs due to wind damage won't be that costly (two houses north of Casper where I live have
had the wind tear the vinyl siding off one side of the house this year), and it will all be worth it for two
or three months of gazing at the antelope and watching the sunset. I really want to believe that, but I
just can't seem to....

So, is Wyoming the new Nirvana or are people living in a fantasy that could kill them? Only time will
tell. 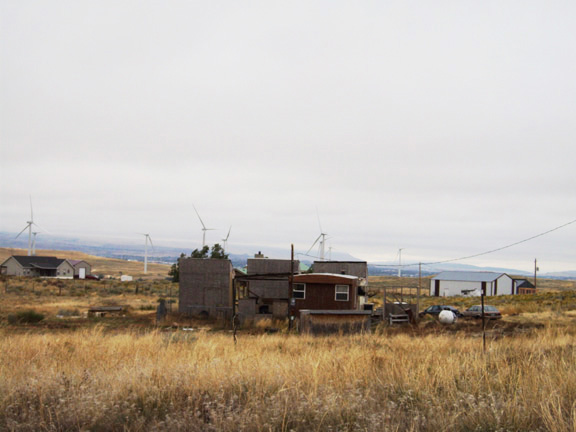 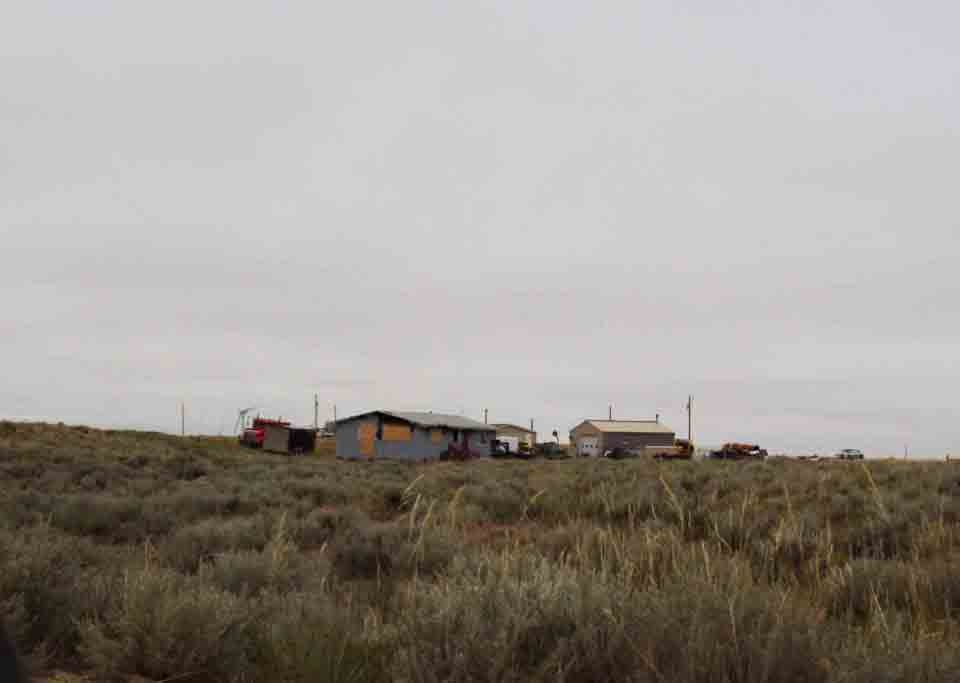 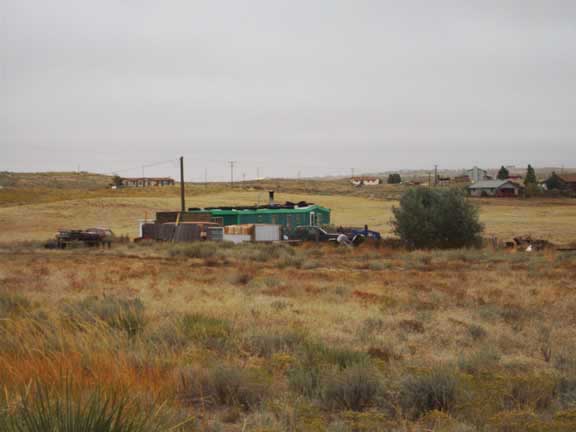 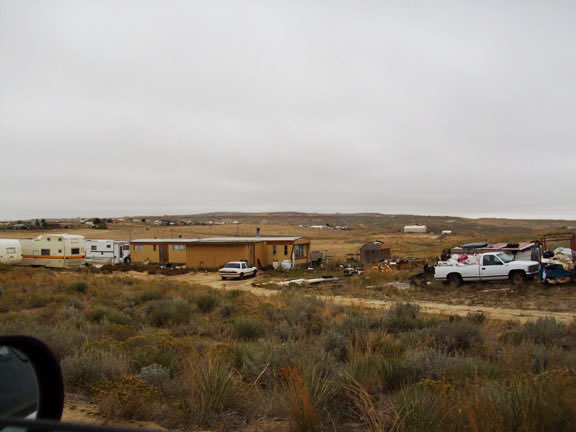 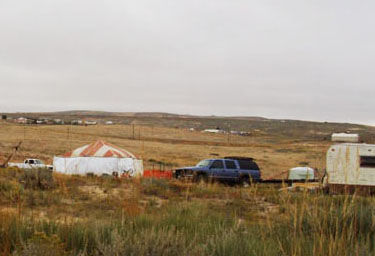 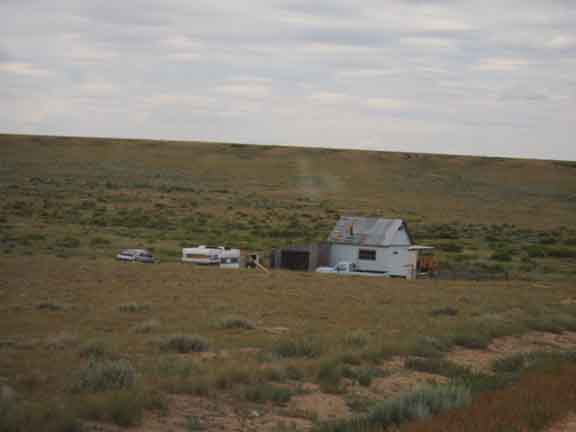 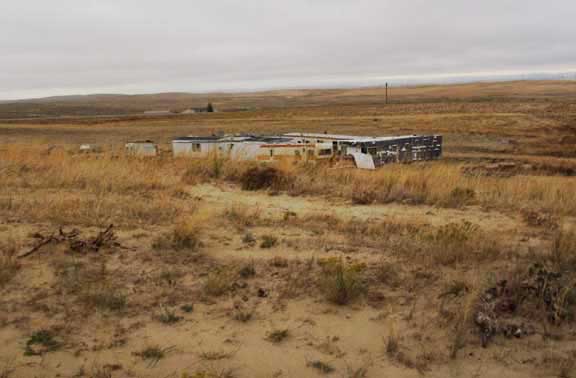 Thank you to Dr. Dorothy A. Orenda, Medicine Bow, for sharing her photos of subdivision winters
and providing much input concerning life in a remote subdivision and her experiences with land
purchasing and the difficulties she has encountered.

Photos by Dr. Dorothy A. Orenda 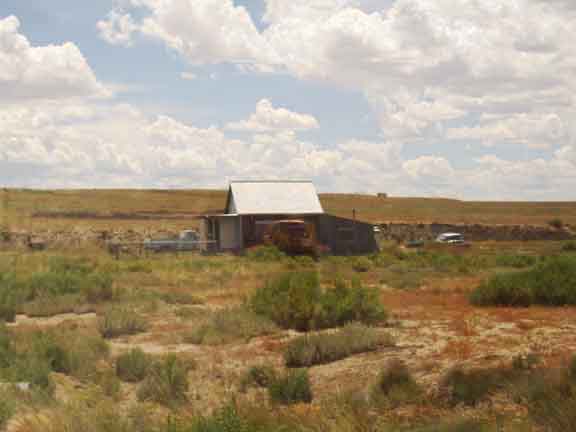 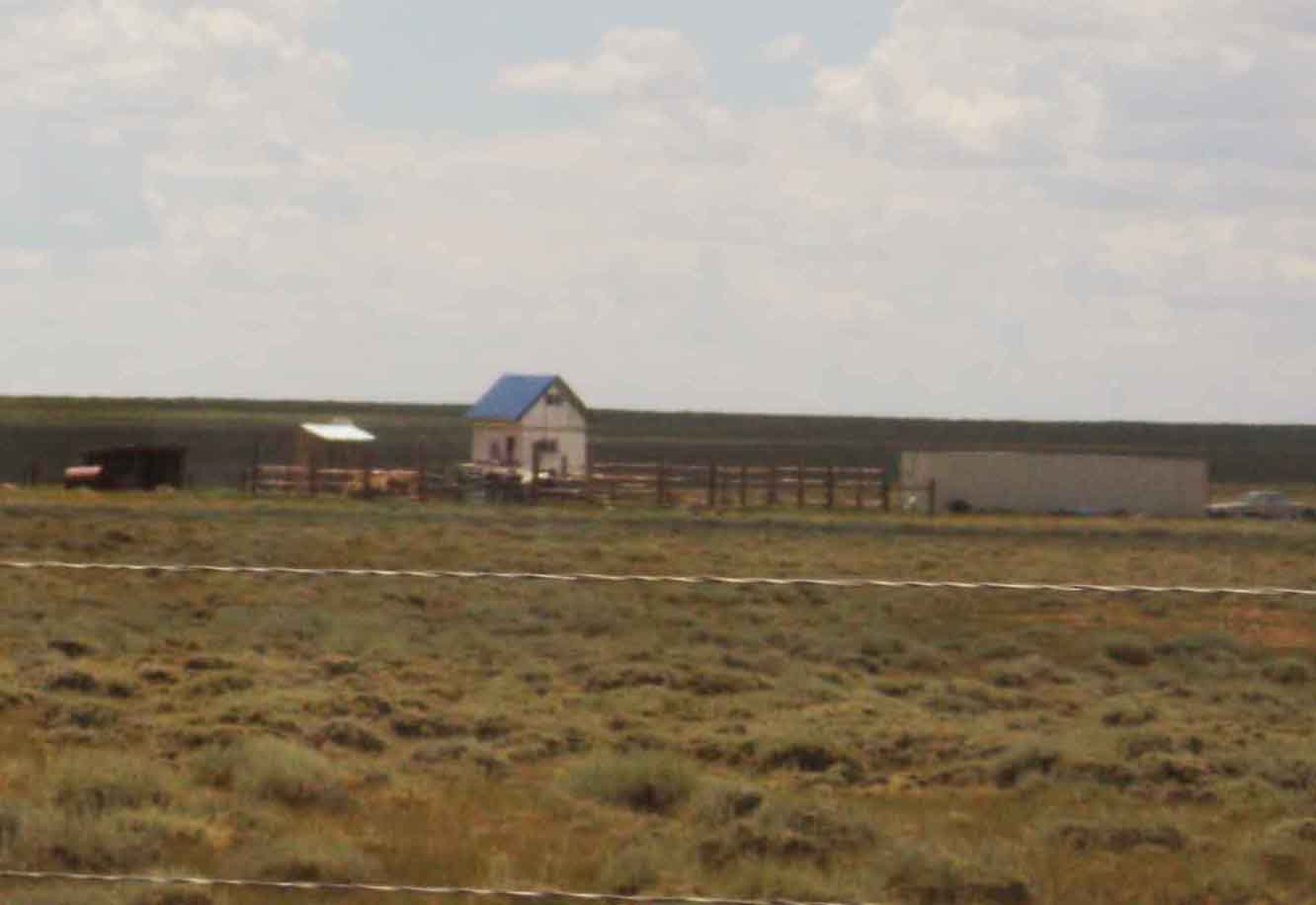 Snow everywhere Check it out!