Tales from the new West

Hawk and Golden eagle  feeding in my yard

Winter has arrived with much colder temps and some snow. However, the Chinook winds will be on their way to melt all the snow and gust to 50 or 60 mph. It's a truly fascinating phenomenon. Unless the temperatures drop below freezing quite a ways or we get much more snow than a few inches, the snow does not stay with us.

The deer are visiting regularly. The large buck disappears during hunting season--which is probably why he's so large.

Our neighbor that had horses moved away and the deer lost their major source of water. A very thirsty doe deer stepped a long way into our small plastic pond. The only available water in the pond was nearly on the bottom. She appears to have used the first "step" that is molded into the pond. Risky--and I didn't like the idea of a doe falling face first into the pond. So I went out and poured four gallons of water into the pond. It will freeze overnight but thaw in the day. That's the goal, anyway.

This year we have had several high wind days. I am writing this part Nov 17th and tomorrow is supposed to be a 60 mph gust day. One local bank was under construction when one of those 60 mph winds hit and knocked the skeleton down in part. The picture shows the cleanup process.

Since the weather was nice, we were able to go to the Hut for later into the year than in previous years. We put an opening n for the propane line. Now, when we get some insulation next summer, the place will be much warmer. We also may add a window for more ventilation. We put the windows up for the best view without considering the best position for cross-ventilation. In retrospect, that was a mistake.

We saw far fewer critters this year than in the past years. No badgers--but many, many badger holes. The road has been pitted several times. The prairie dogs were busy also. The badgers continue to dig even in the winter. Prairie dogs mostly stay in their burrow but will come out on sunny days. 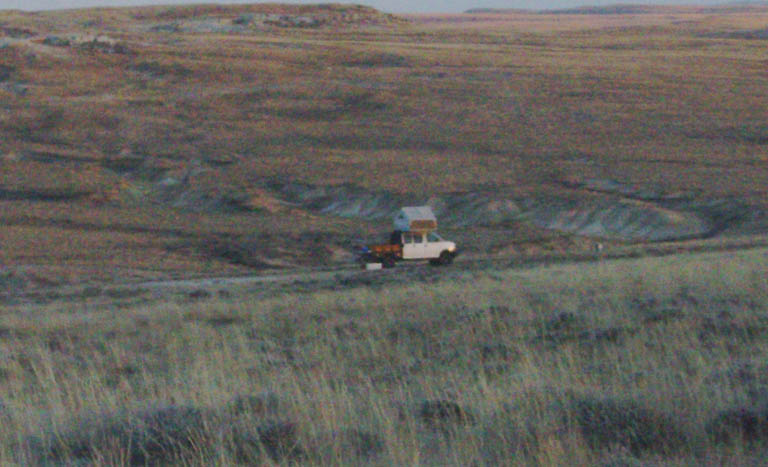 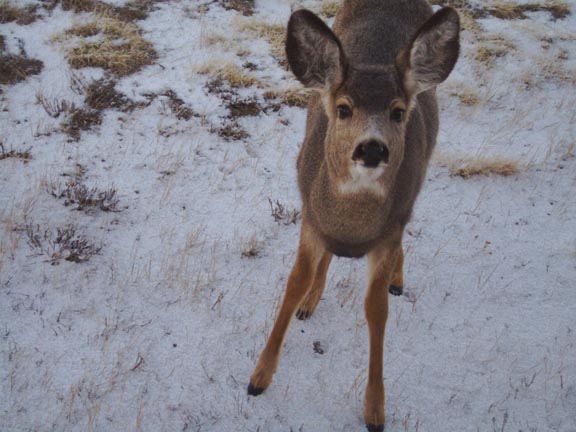 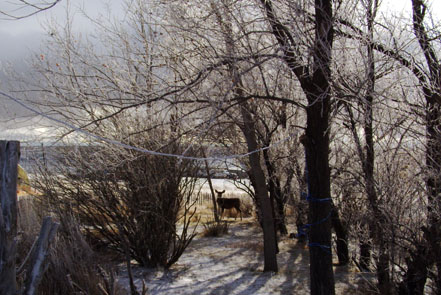 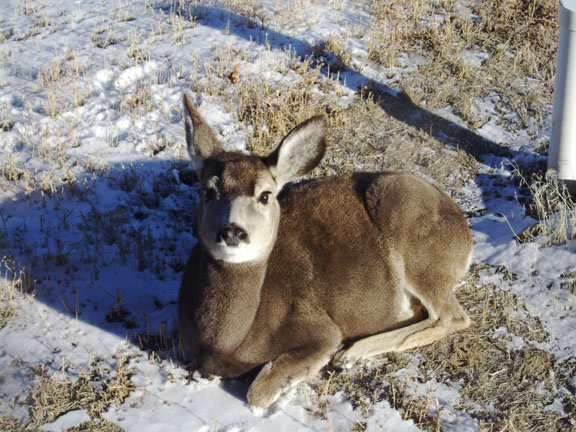 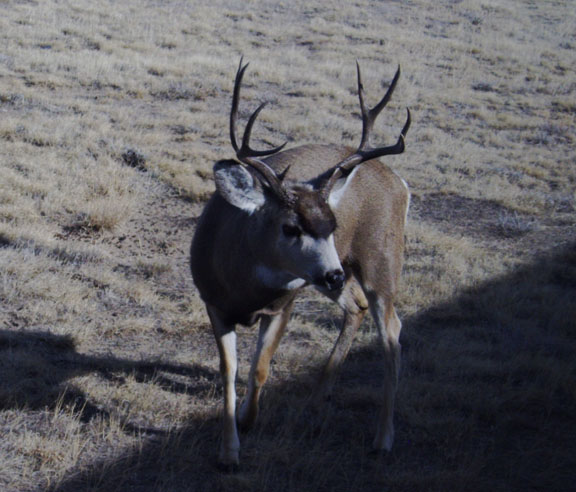 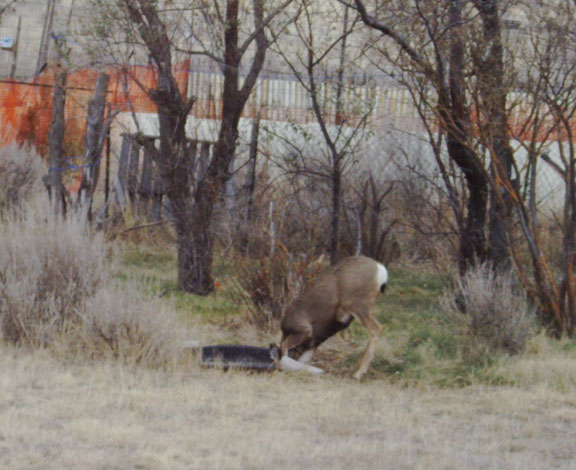 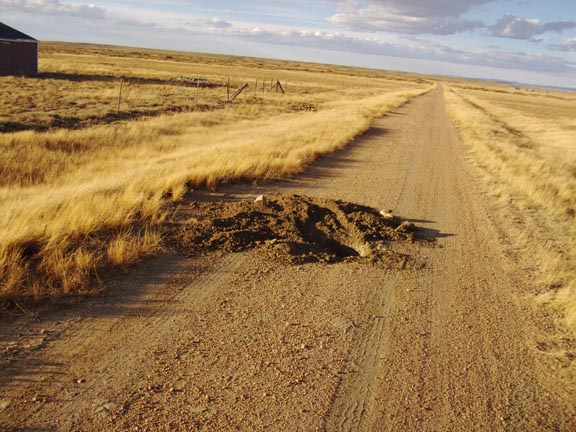 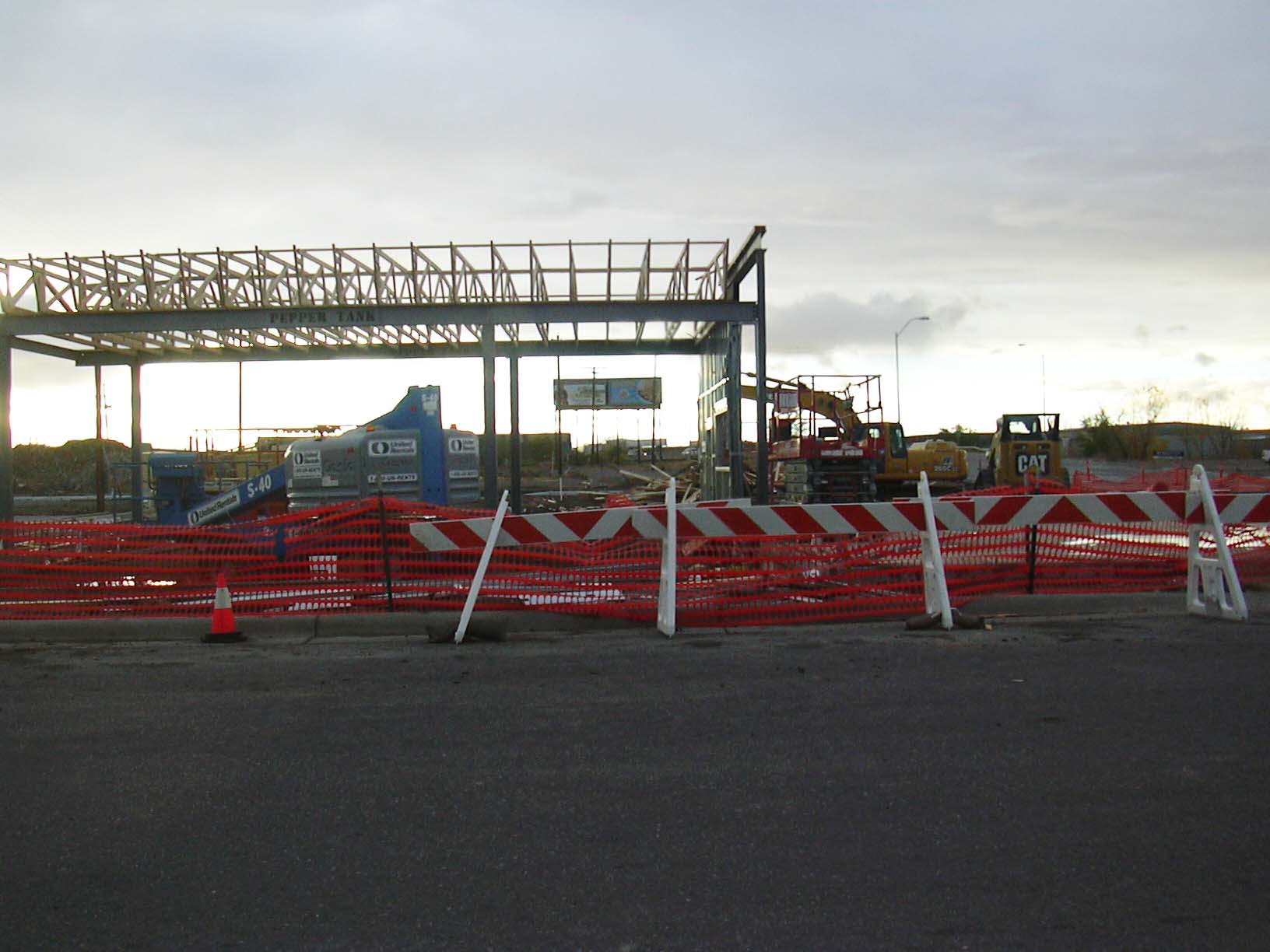 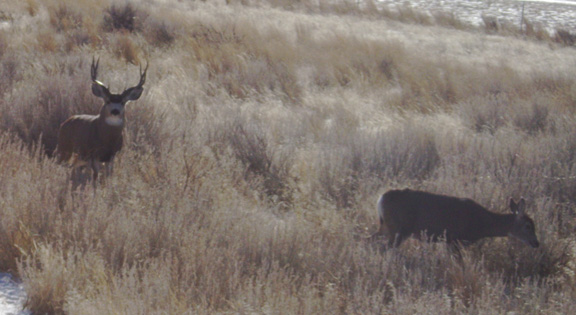 Doe laying right outside our bedroom window, 5 feet from the house

Doe looking in our porch door

We have had raptors in the yard twice in the last two weeks.  The first was a small hawk that was eating a rodent.  I watched him eating for about 45 minutes before he flew away.  Then this week, we found a couple of frozen rabbits from hunting a couple of years ago that were not very good, so we put them out in the yard and waited to see what happened.  On the 4th, a golden eagle came in and ate both of these!  I watched for over an hour while he dined on the rabbit carcasses and then picked the remains of his talons before flying off!  It does not get any better than this!!!  Click on the button at the top of this page to see more photos.

Deer in our windbreak