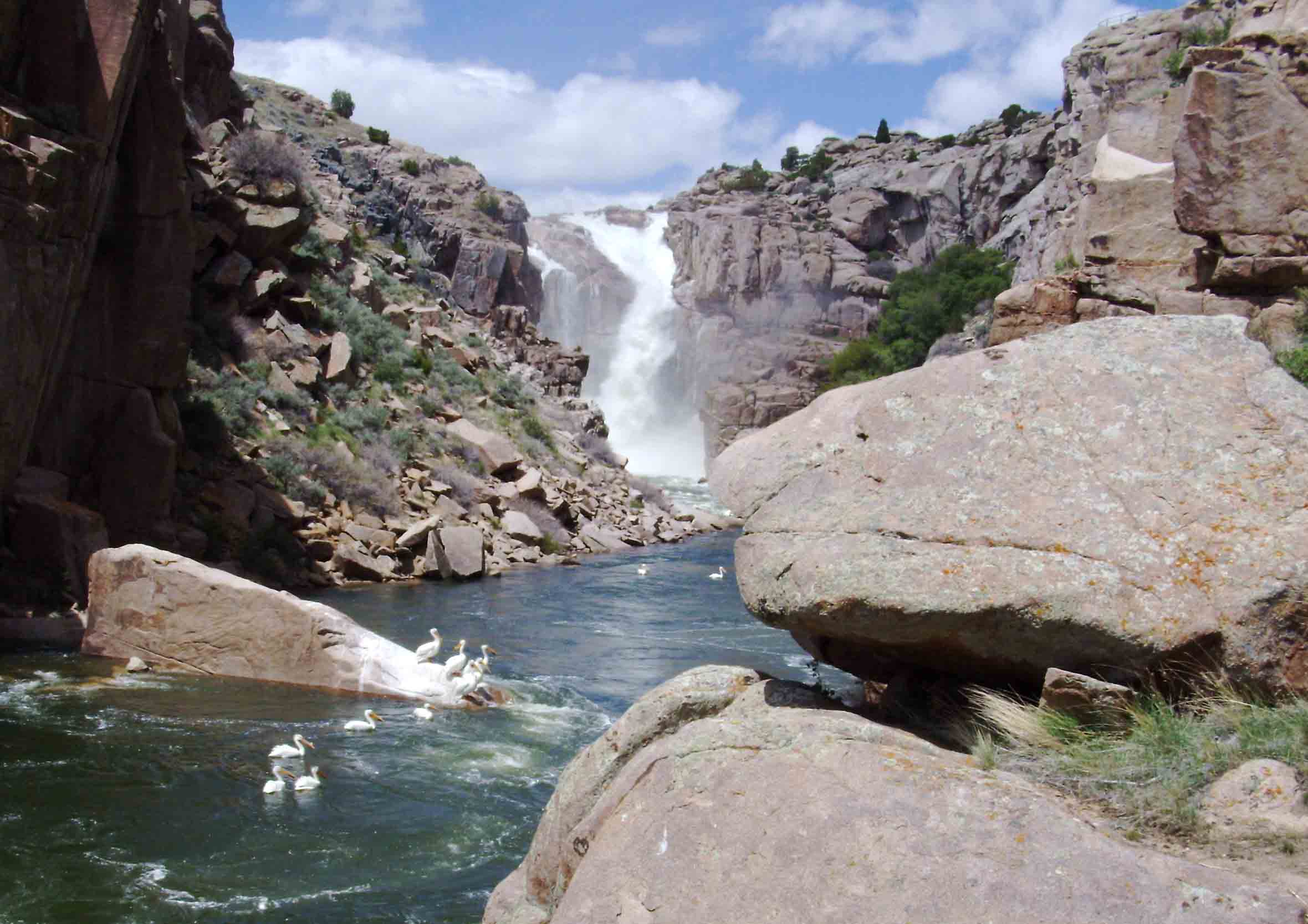 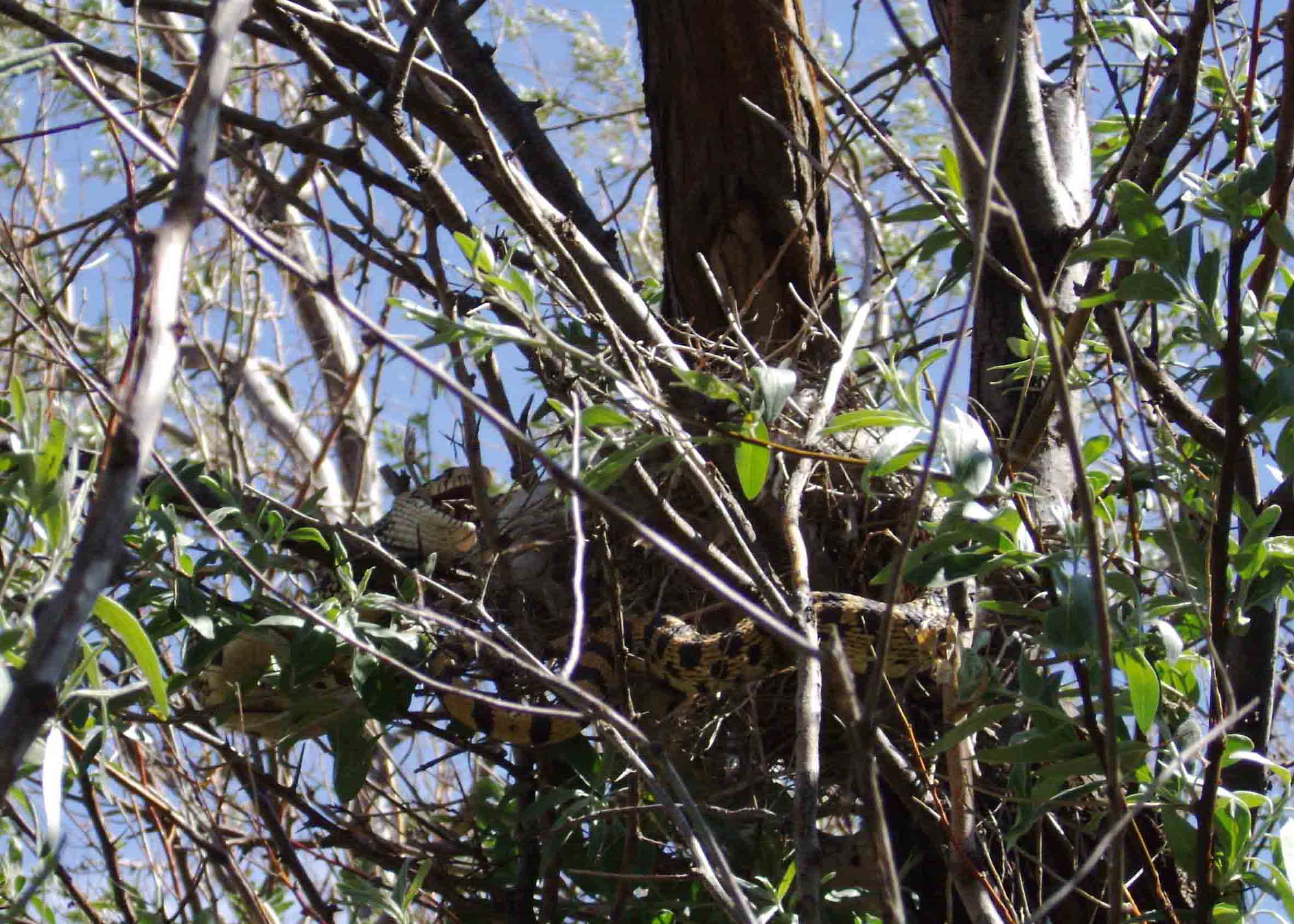 Tales from the new West

It's been a while since I updated this page--the west has been a busy place.

I see I have missed the entire summer and fall seasons on this site!

There was a huge snowpack in the mountain this year.  We went to the Snowy Mountains in late May and again on the third of July.  The amount of snow was just incredible.  It had snowed more after the May visit and the drifts were even deeper in July.  This lead to incredible runoff again this year and Pathfinder Reservoir went over the 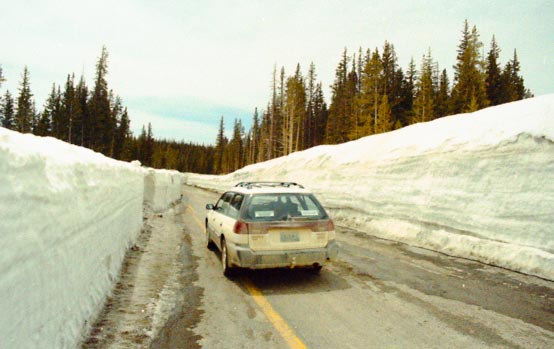 spillway at the dam again.  It's a really beautiful sight.

In May, we obtained four baby ducks which we kept in the garage until they were seven weeks old.  The ducks were to eat the grasshoppers that were overabundant again this year.  Sadly, that did not work out.  One died soon after being moved outside (of exhaustion, I guess) and  then two were killed by a neighbor's dog.  The remaining duck was so traumatized we had to find it a new home with more ducks.  Ducks apparently do not do well alone. We hope to try the idea again next year.  One unusual occurence involving the ducks was capturing a raccoon out by their pen.  We had the trap set to catch skunks.  In the over 25 years we have lived here, we have never seen a raccoon.

In addition, twice this year we saw a blue heron in our yard.  We are 10 miles from water.  We had seen only one of the birds out here in the past, about 15 years ago.

There were fewer owls and hawks than in the past.  I only saw the owl once.  It is probably because of the development out here that gives the owls more places to roost.  Same with the deer.  They do not come around as often as in the past.  They still eat trees while here!

Having watched nature shows on television, I was aware that snakes can climb trees and will eat birds, and this summer I observed for the first time!  A large bull snake in our yard first climbed a Russian olive tree to a Northern Shrike nest and proceeded to eat the hatched birds.  I found this as the snake was finishing up on the hatchlings.  The parent birds were shrieking and swooping at the snake, which had no effect on the snake's eating.  Finally, the snake did strike at one bird that swooped too close.  The snake then crawled back down the tree and off into the grass.  A few weeks later, I was in the garden and heard a lot of ruckus by birds outside the garden.  I went out to find the same bull snake inside a bird house--its head at least!  There were sparrows in this bird house.  Sparrows are not as aggressive as shrikes and flew off fairly soon after I started taking pictures.  Again, the snake ate the bird house contents and then crawled down out of the tree.  This "tree" is actually a dead tree about 5 feet in height where I had put the bird house.

My pomeranian had to have a short "puppy" cut this summer due to cheat grass.  She ran out through an unmowed area and ended up with about 200 cheat grass seeds in her fur.  It took me several hours to get the seeds out.  She got her hair trimmed shortly thereafter.  The fur has since grown out and she looks like a pommie again.

Also, at the ranch, a badger dug a huge hole under the "Hut" and we had to put fencing around the bottom of the Hut so Dusty could not go underneath.  The hole is bigger around than a dinner plate.

Late in the summer, I got to painting my garage.  I decided to paint it so it stood out as unique--and it does! 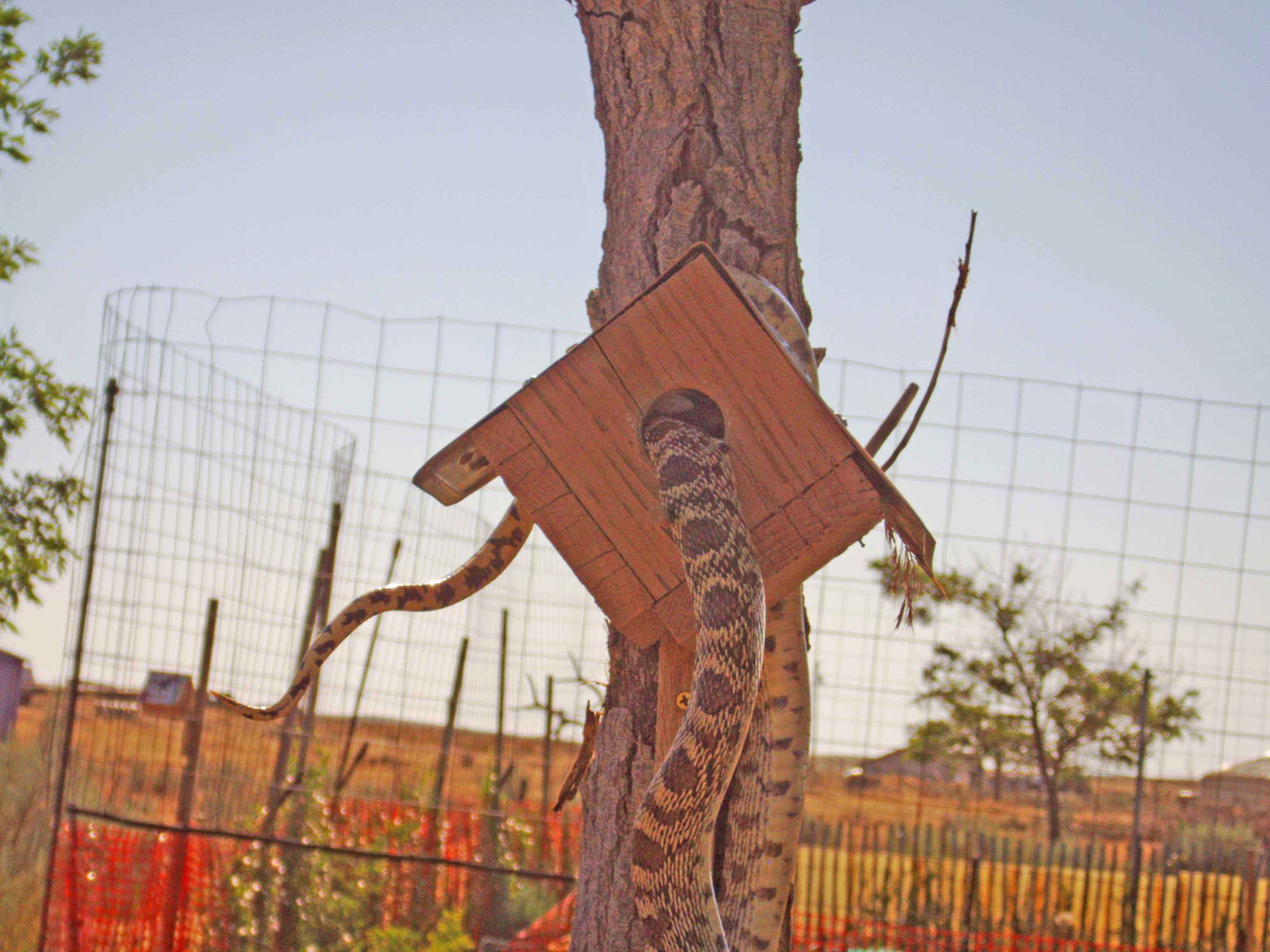 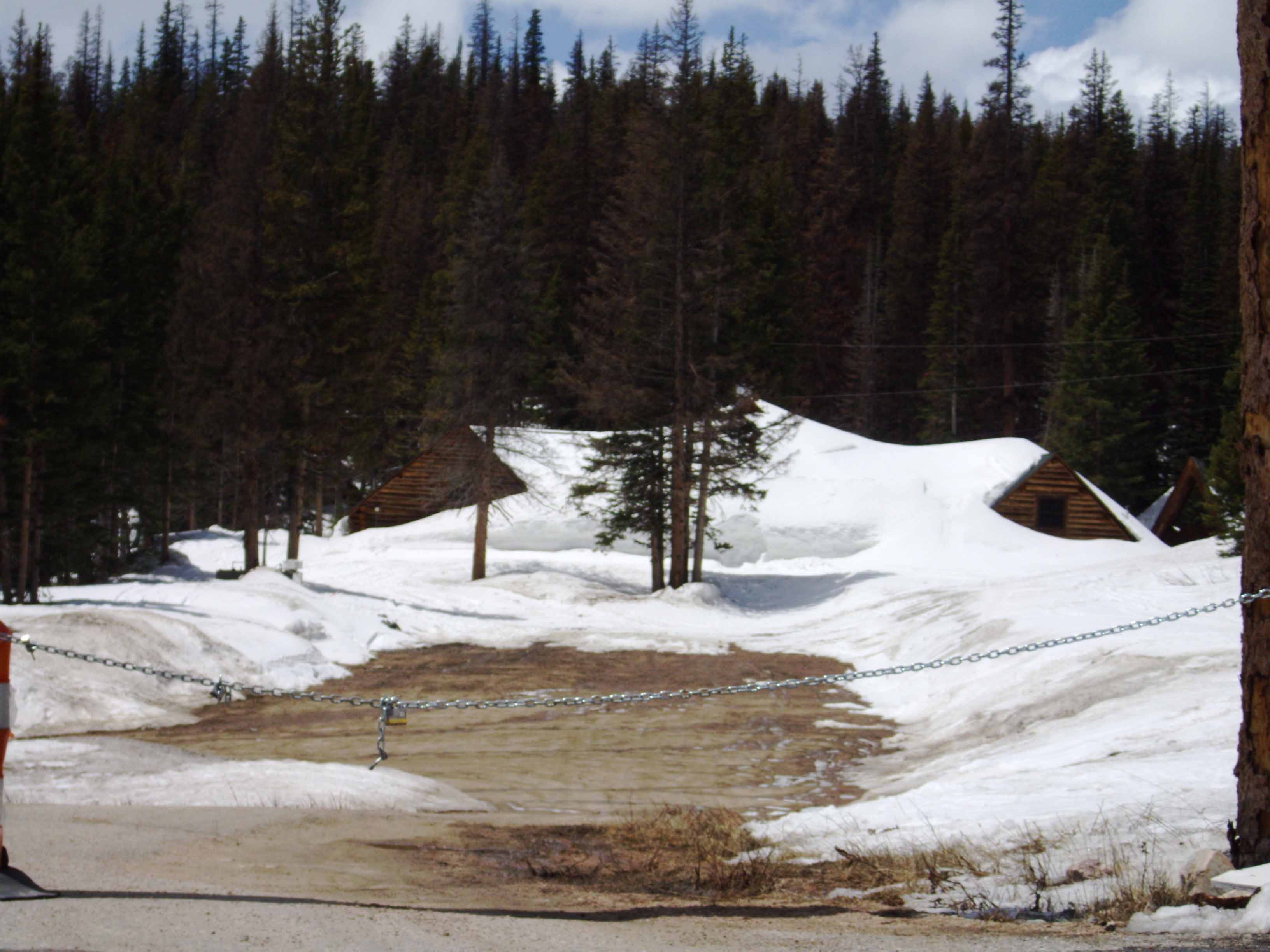 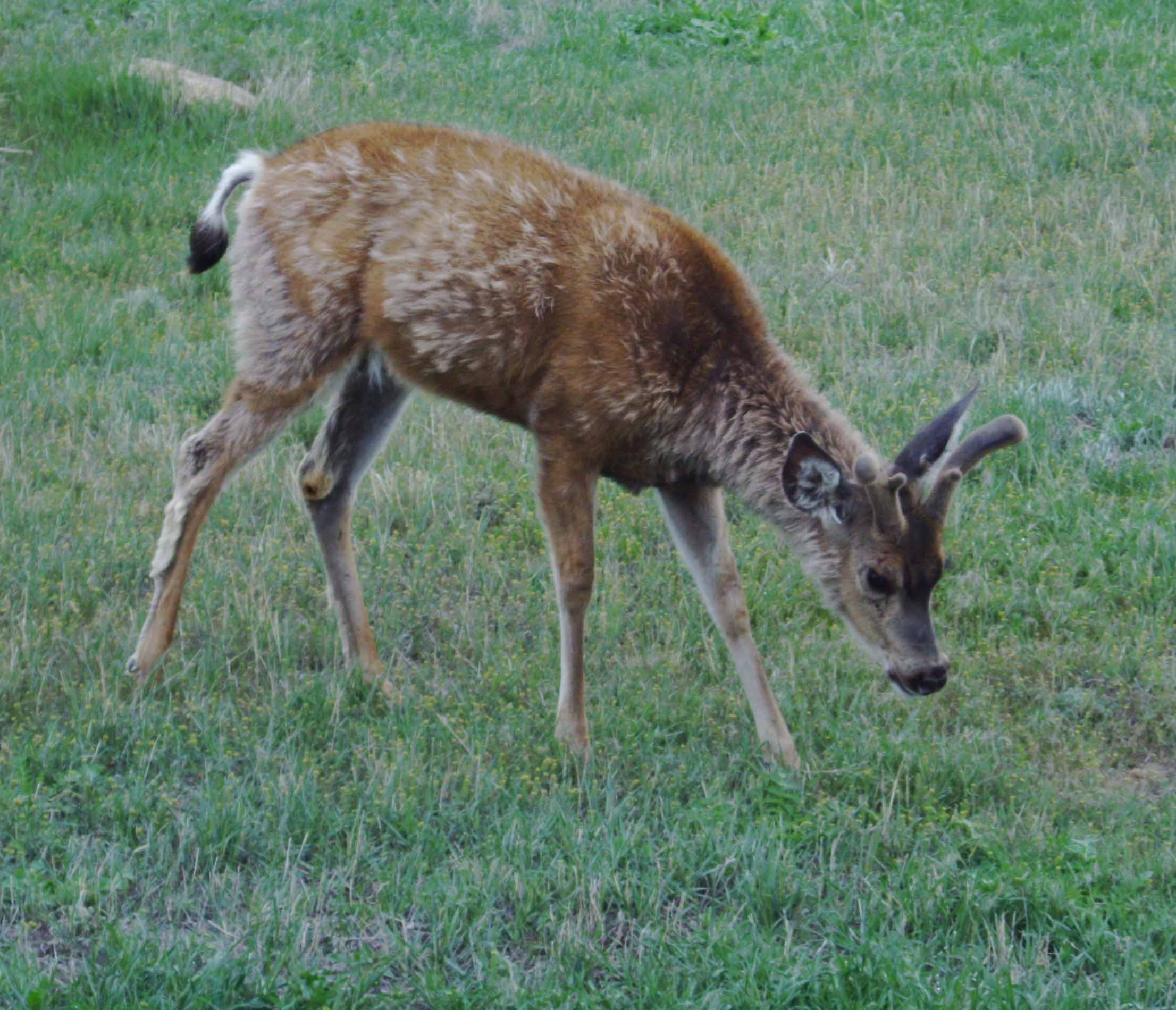 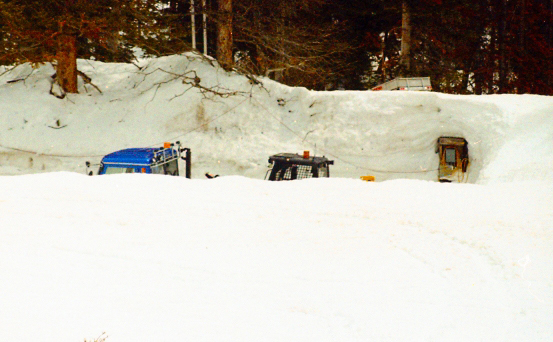 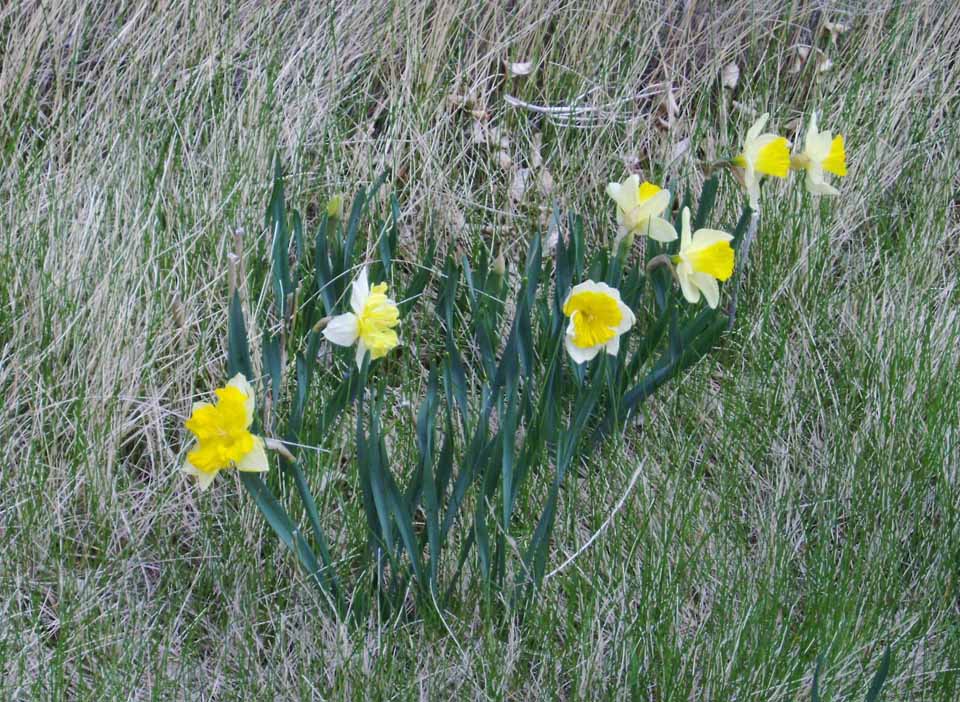 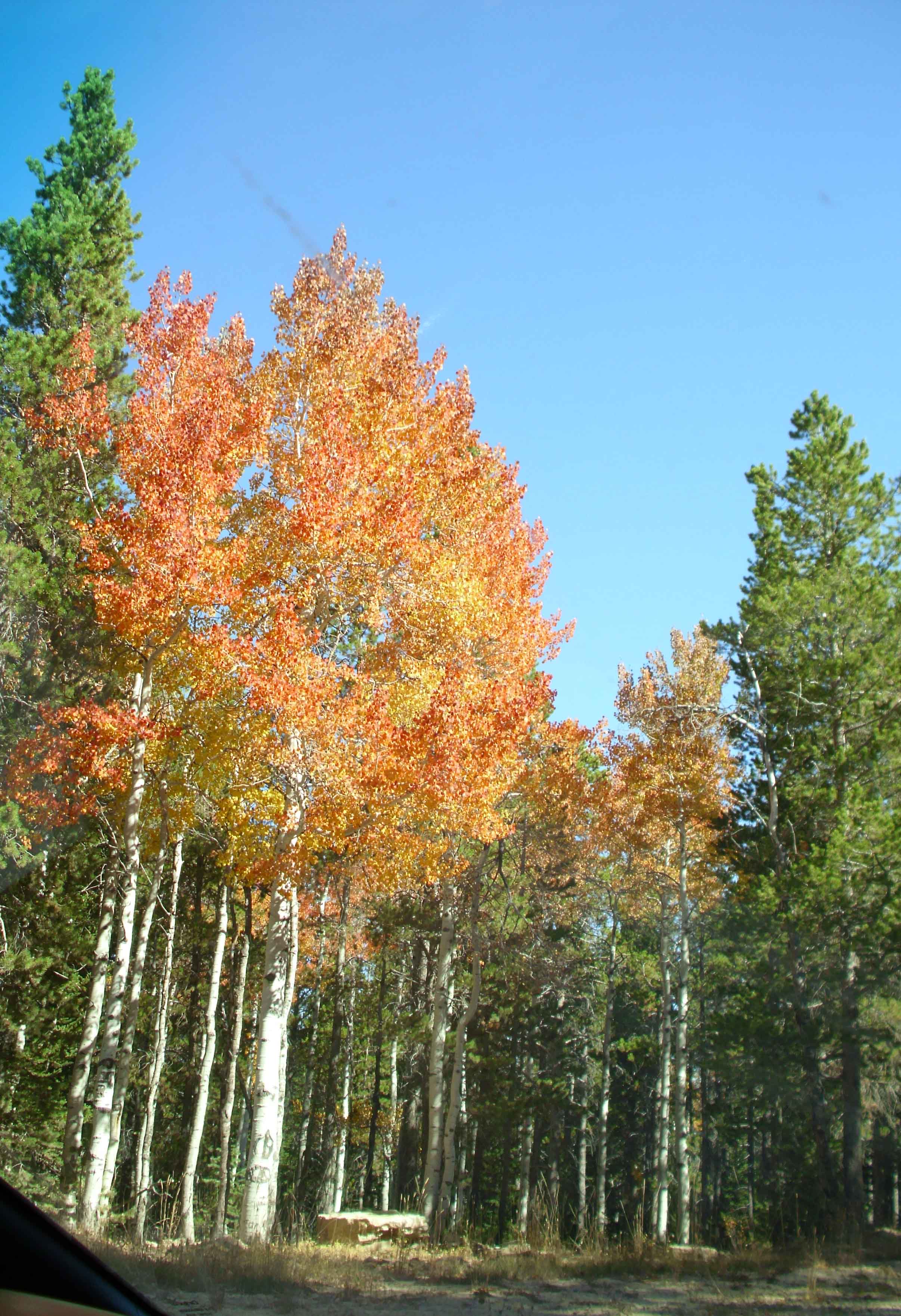 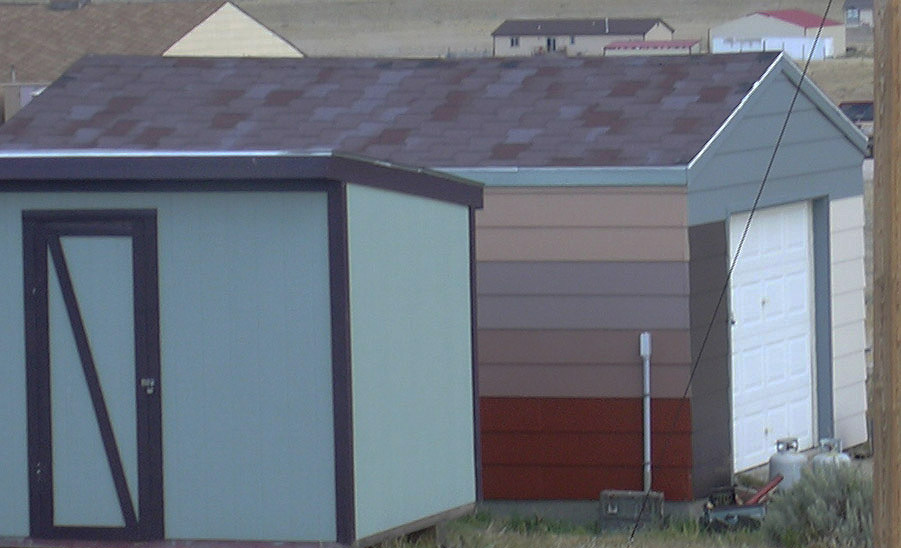 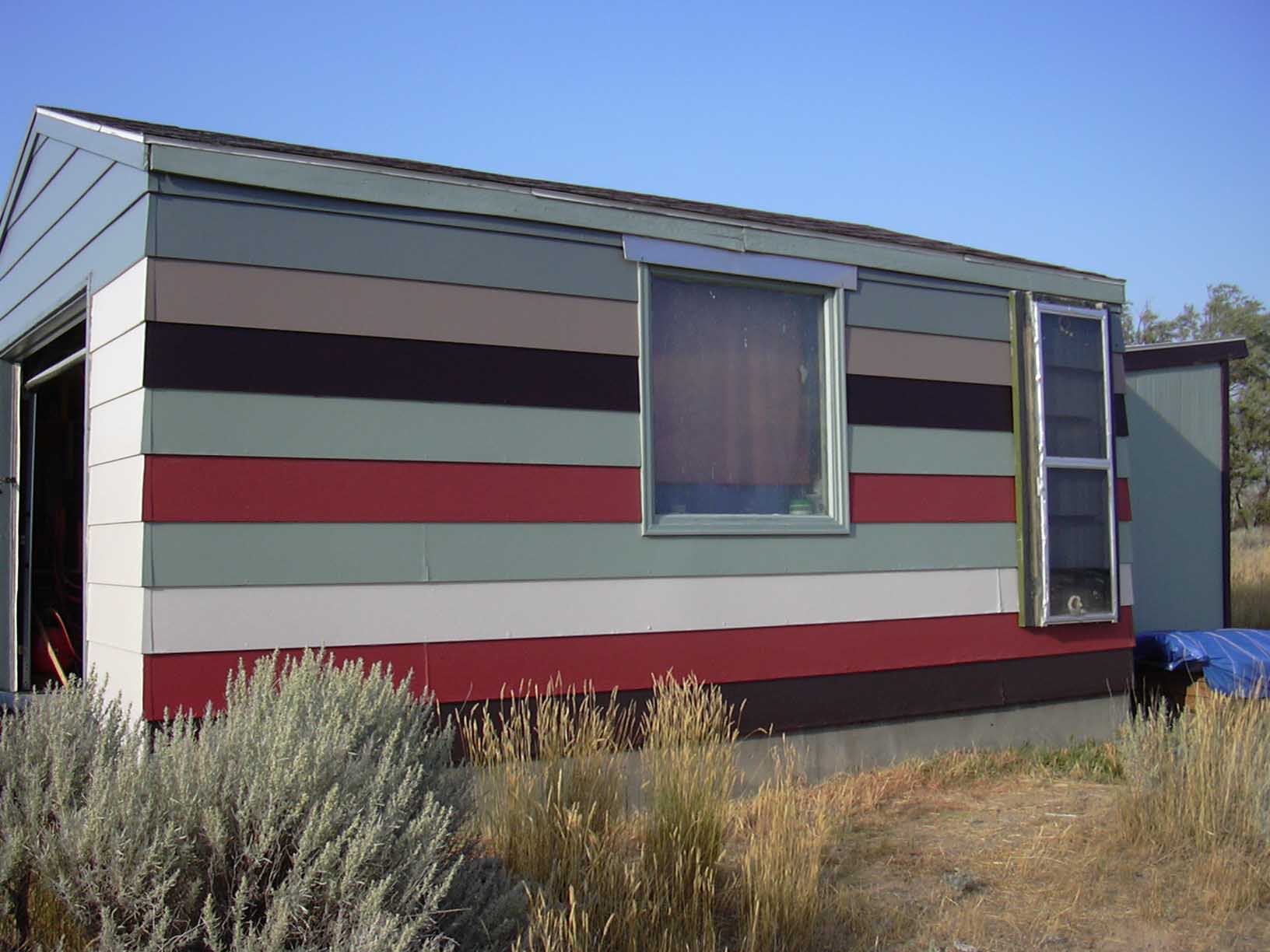 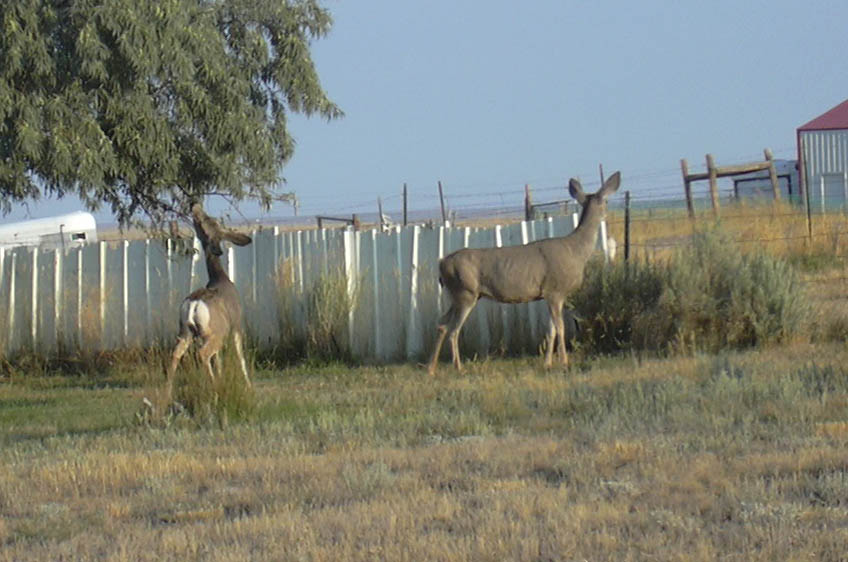 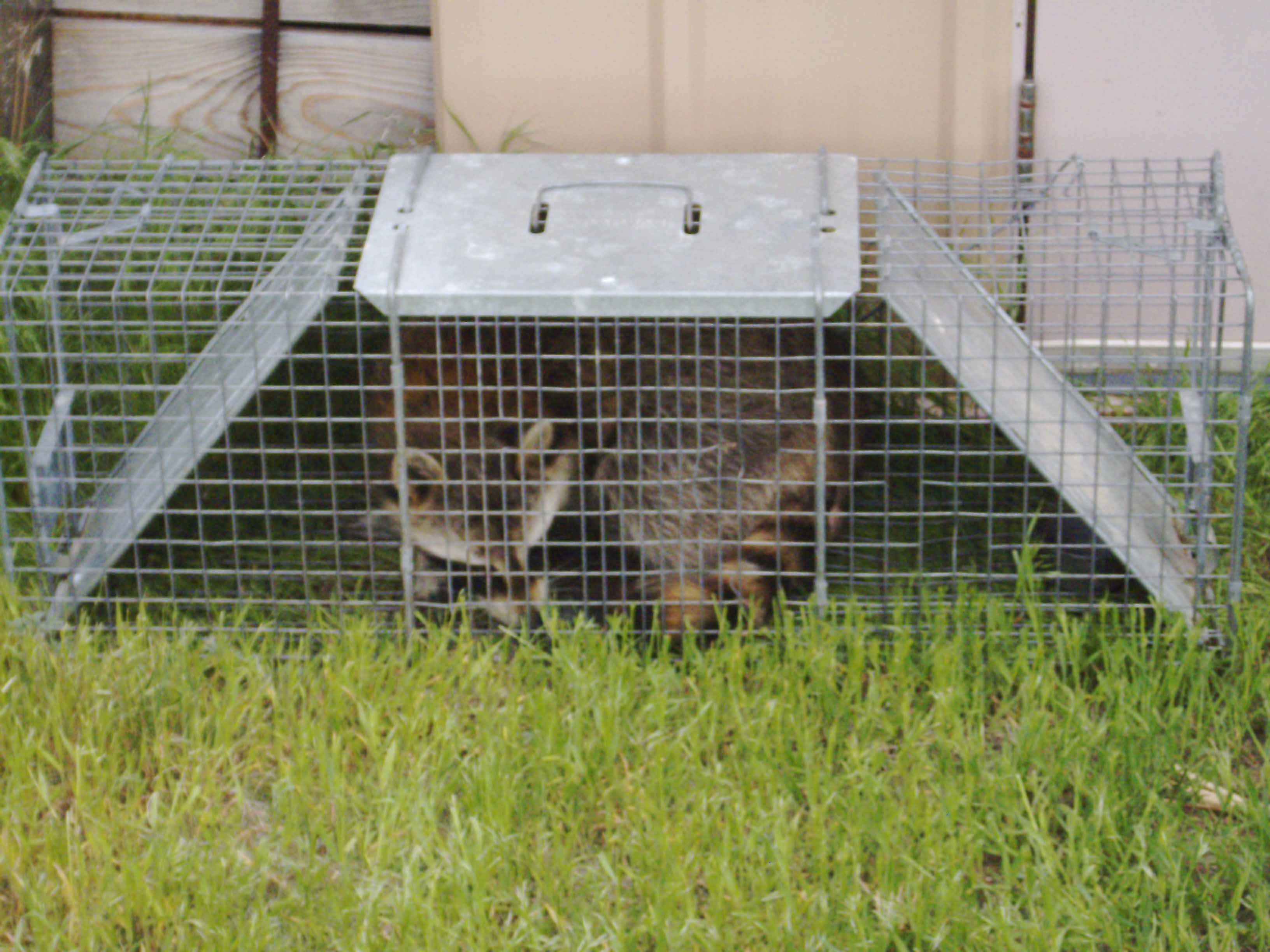 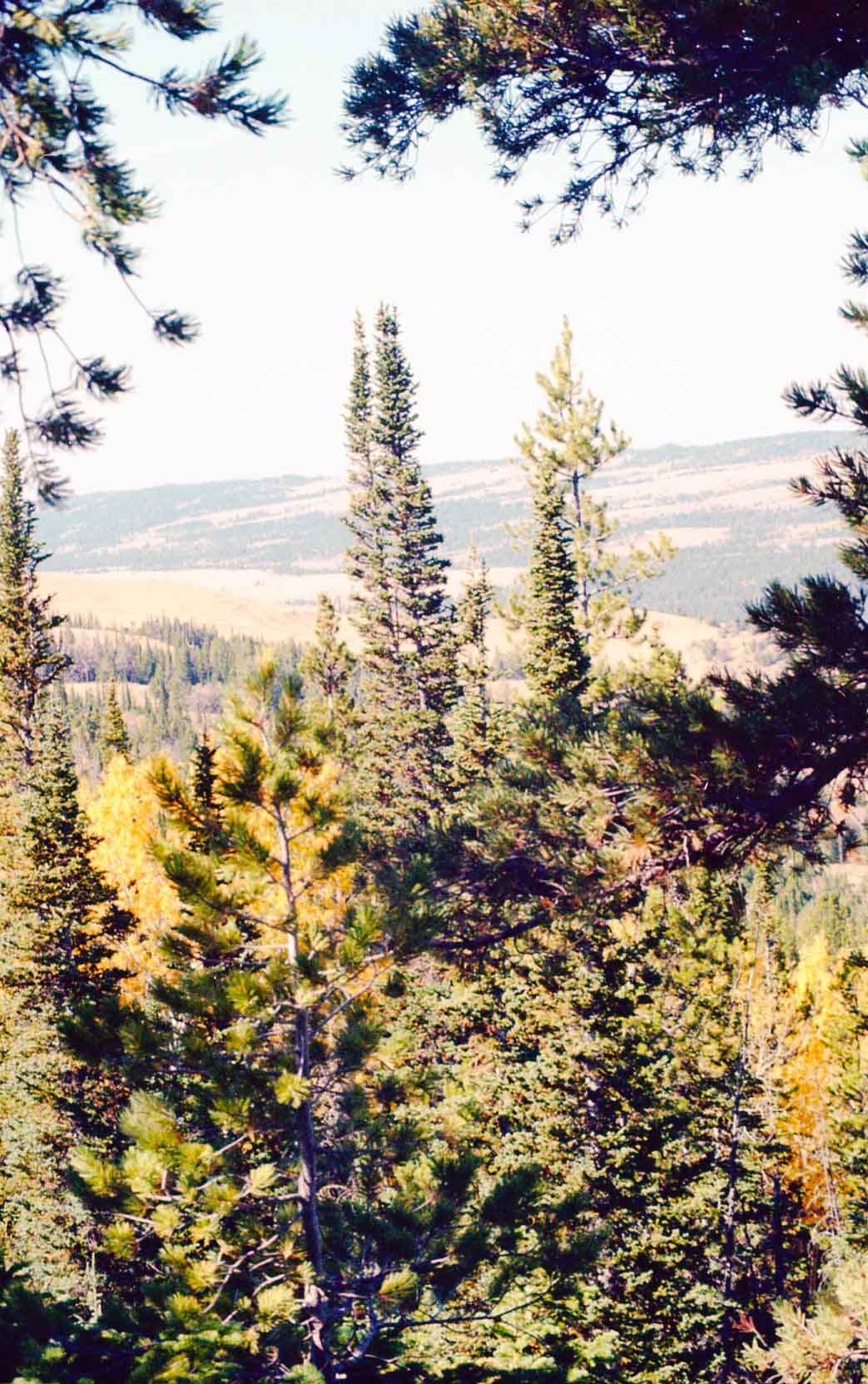 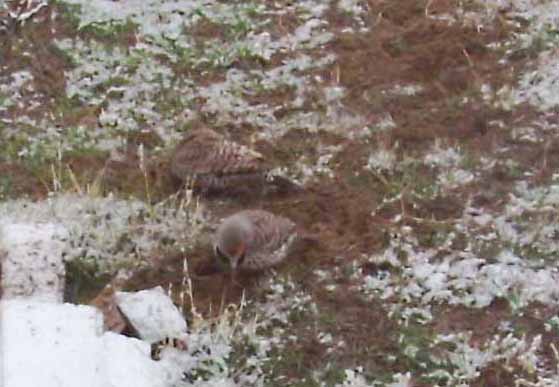 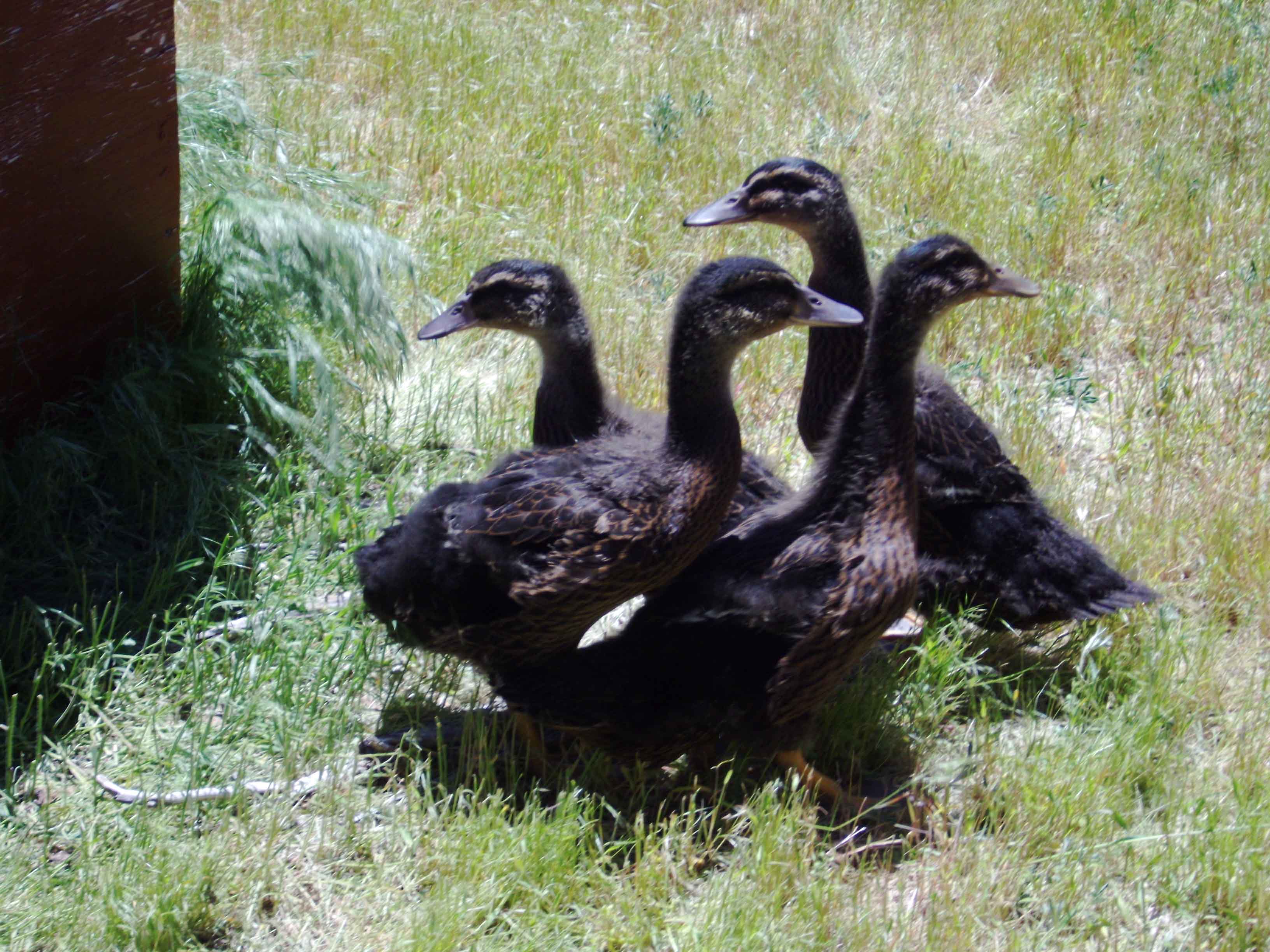 Fall on Casper Mountain was very pretty this year.  The fall lasted long enough for the leaves all to turn to yellows and reds. 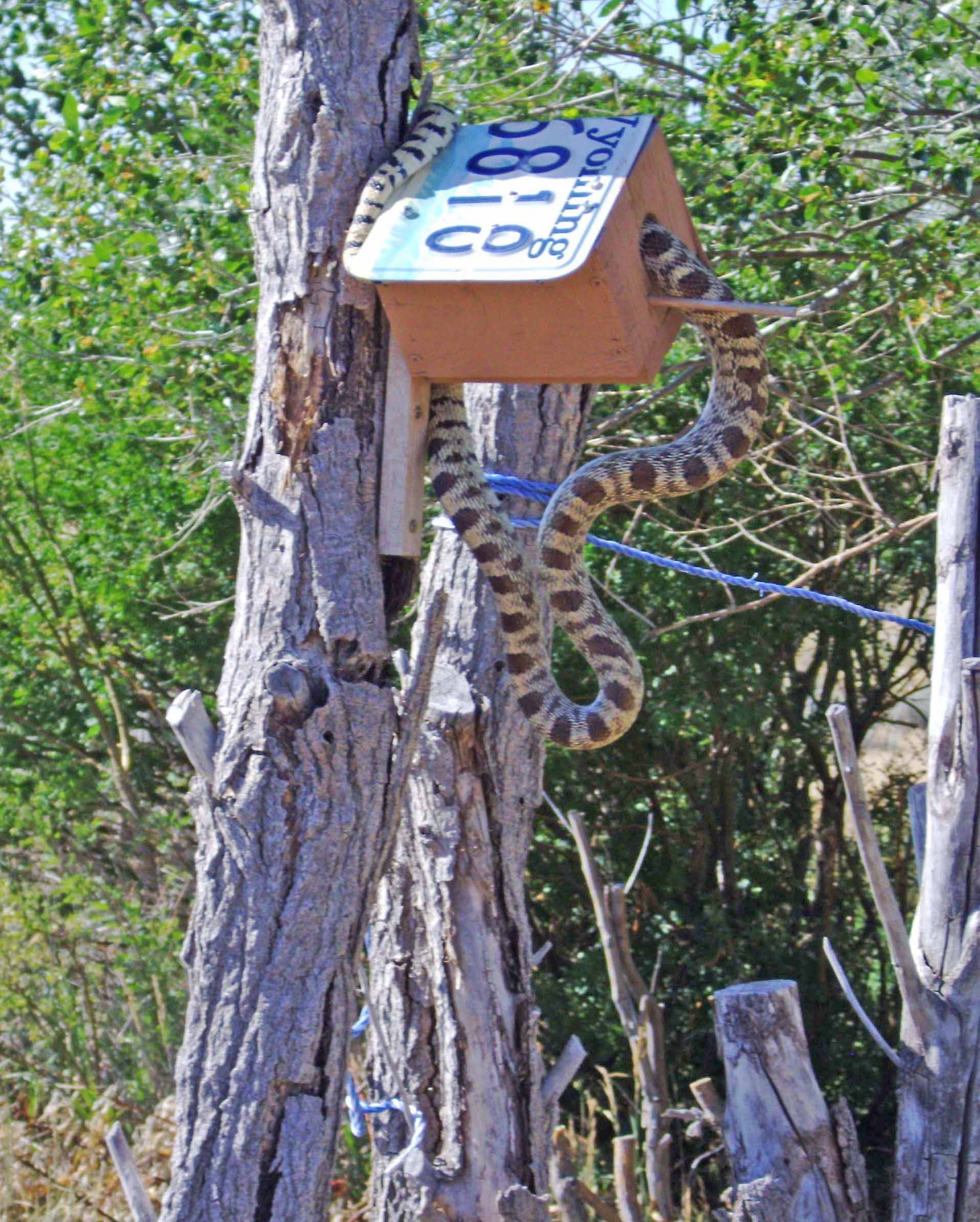 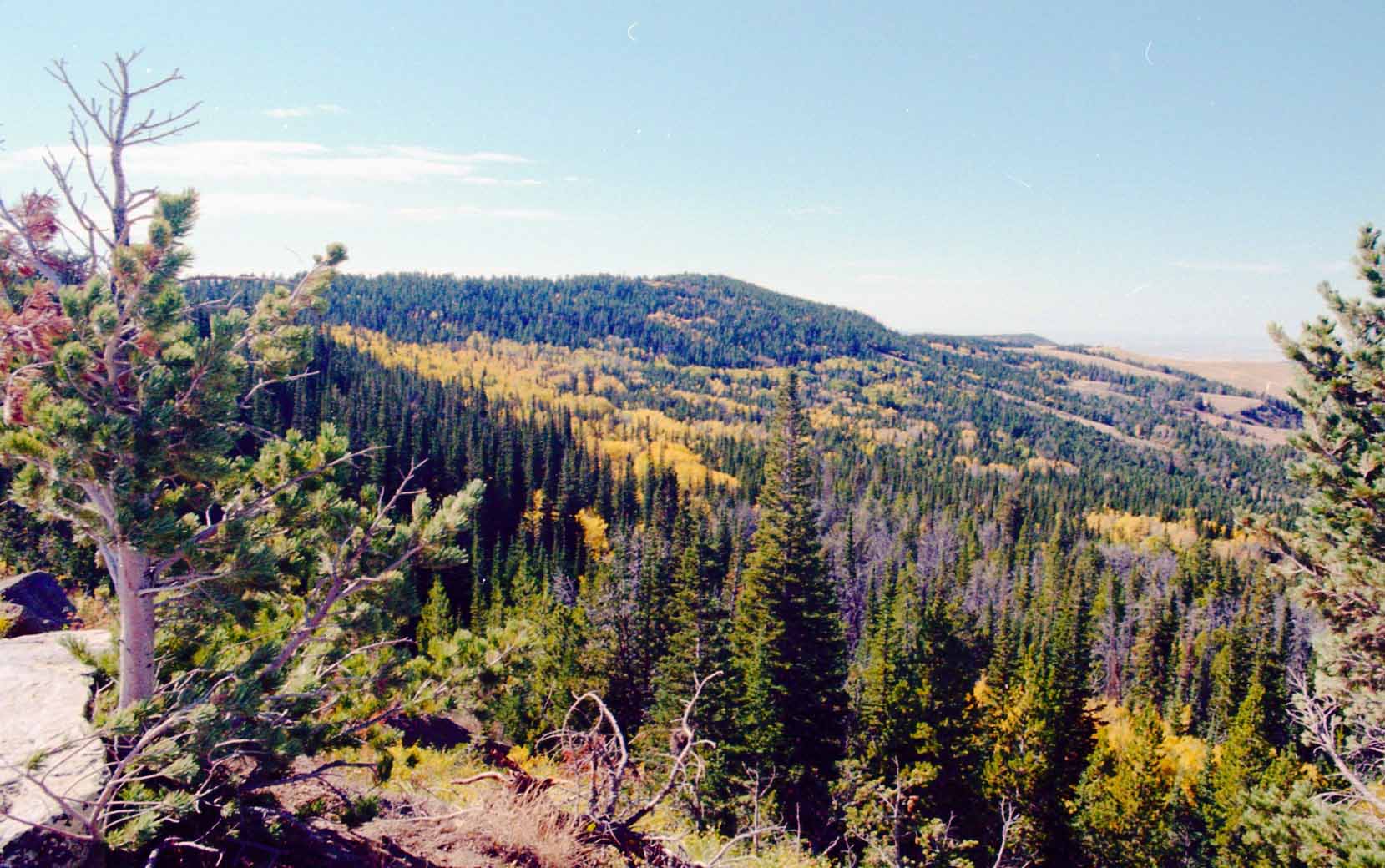