It's now fall, although the weather would indicate it's more like winter.  It has been an interesting past couple of  weeks.  The weekend before last it was 86 degrees on Saturday, then cooled off far enough to snow on Wed/Thurs.  There have been multiple such patterns during September.  Actually in August, there was frost on my neighbor's barn roof on the 17th.  This was only up high and did not affect the garden.  Then, September temps fluctuated but did not cause the garden to freeze until last week.  I still have carrots and beets, but a low of 11 degrees is possible for the weekend, so I will dig them soon.

Got my house painted, finishing on that 86 degree Saturday.  My garage needs another coat of paint in the spring, and so may part of the trim around my skirting.  It got too cold now for any more painting until spring.  There was also the usual fall ritual of putting away the motorized garden equipment complete with gas stabilizer, rolling up the hoses in the yard and putting them in the garden shed, covering the water sill cock with insulation and the pipes under the house with some additional insulation, and so forth.  We also replaced a power pole that was rotted at ground level.

It's very cold and snowing here.  Light flurries right now, but they are predicting four to six inches tomorrow.  After that, there is hope for a warming to a more seasonal 50 degrees or so.  Actually, I am kind of enjoying the colder weather.  It was much too hot for September and October.

The birds are flocking together now and perching in my trees.  We don't have the huge flocks seen last year, but it might be a little early for that.  Yesterday I noticed a bluish bird on my step railing.  I had started feeding the birds this week and I have a flock of sparrows followed by starlings and later on I get grackles and once in a while a crow or raven.  The feeder is smaller this year, so hopefully the bigger birds will stay away.  It is really close to my house, but the birds don't seem to mind.  Even when I let my little dog out to bark at them!  She finds it amusing and the birds only leave for a little while.

Sunspots appear to be wreaking havoc with electronics.  The dish system has a statement that says the sunspots and associated blackouts will end on the 12th of October.  I hope so.  Either that or the internet is overloaded!  I have been trying to research various topics, but without much luck. 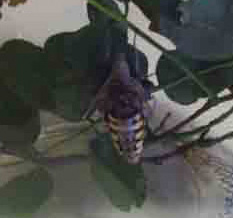 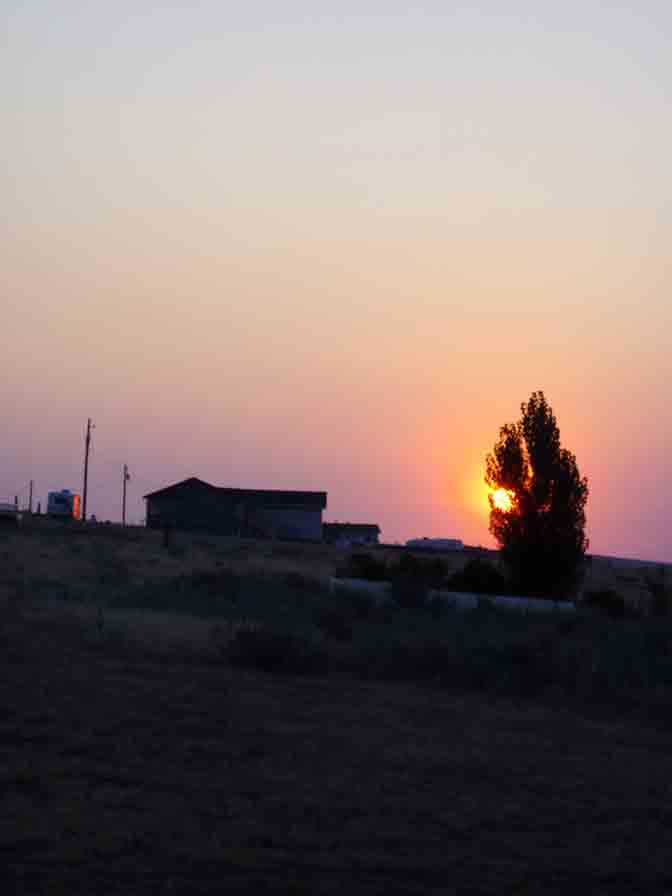 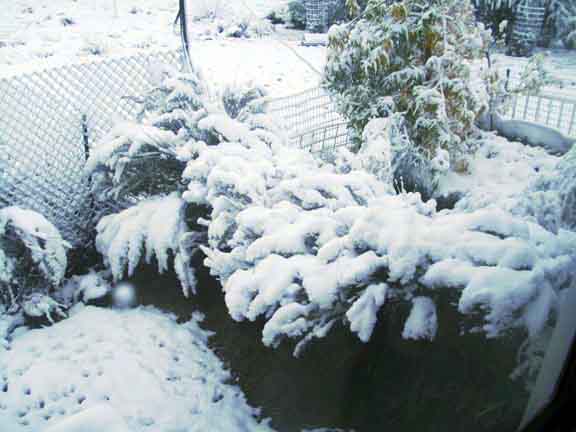 The above photo shows the results of the hornworm experiment mentioned in last month's Tales.  The spinx moth did hatch, but the wings were malformed.  My guess is this was the result of having the moth in too small a container when it hatched.  This really wasn't a problem, since I could not turn the moth out into the wild.  Releasing a garden pest would not be a good idea.  The caterpillar did pupate in the soil and left a large hole in the dirt when it hatched!

Last couple of trips to the ranch we found some VERY tiny horned lizards.  It seems a bit late in the season (Labor Day and beyond) for such small reptiles, but we have seen similar sized ones in the past.  These were only a bit smaller that what we found last year at this time.  We found on average four or more specimens each time we went to the ranch.  This is a higher number than in the past, which gives me hope the lizards are doing okay.  Wyoming Game and Fish has been collecting data from citizen observers this spring and summer.  I will be curious to see how many observations are made and what they learned from the "contest". 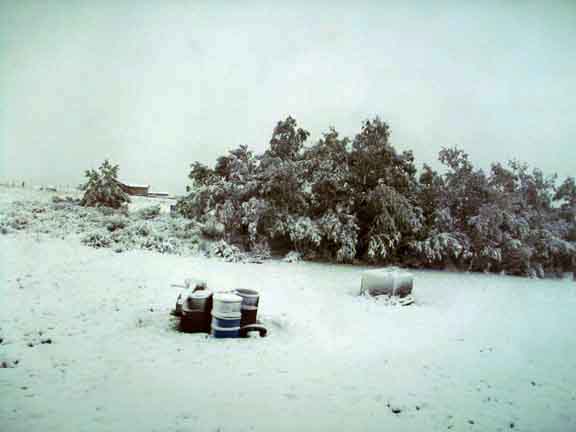 I also snapped a photo of antelope running.  These are actually running at a fairly slow pace.  Antelope can run up to 60 mph.  These may be running at about 25 to 30 mph, because the road we were on can only be traveled at that speed. I have found it quite difficult to get photos of running antelope--partly because you have to be on a fairly smooth road to catch them running and be able to stay out of their way and partly because the dust and movement make getting a clear picture hard to do.

We got our first taste of winter on the weekend of the third of October.  There have been some light dustings of snow--this was the first significant snowfall of the season.  Plus, it has been quite cold so the snow does not melt like earlier in the fall.  Yesterday (October 11) was very pleasant with light snow and no wind.  The snow was soft and fluffy (powder).  I really enjoy the snow.  I've always liked cooler weather and a winter look.  It is harder to stay active as there is a tendency to want to hibernate!  One really has to work on motivating one's self or you just end up sitting in the house and watching television or reading. 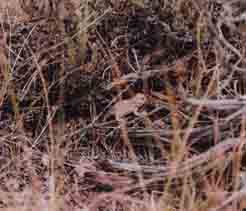 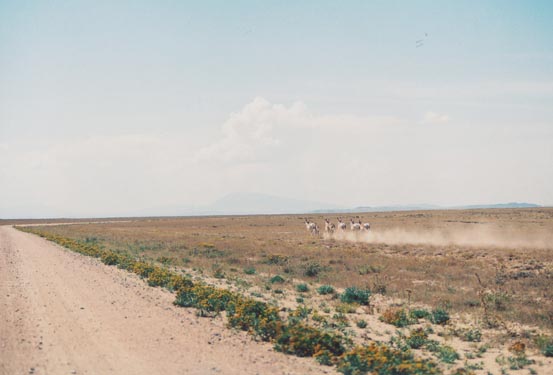 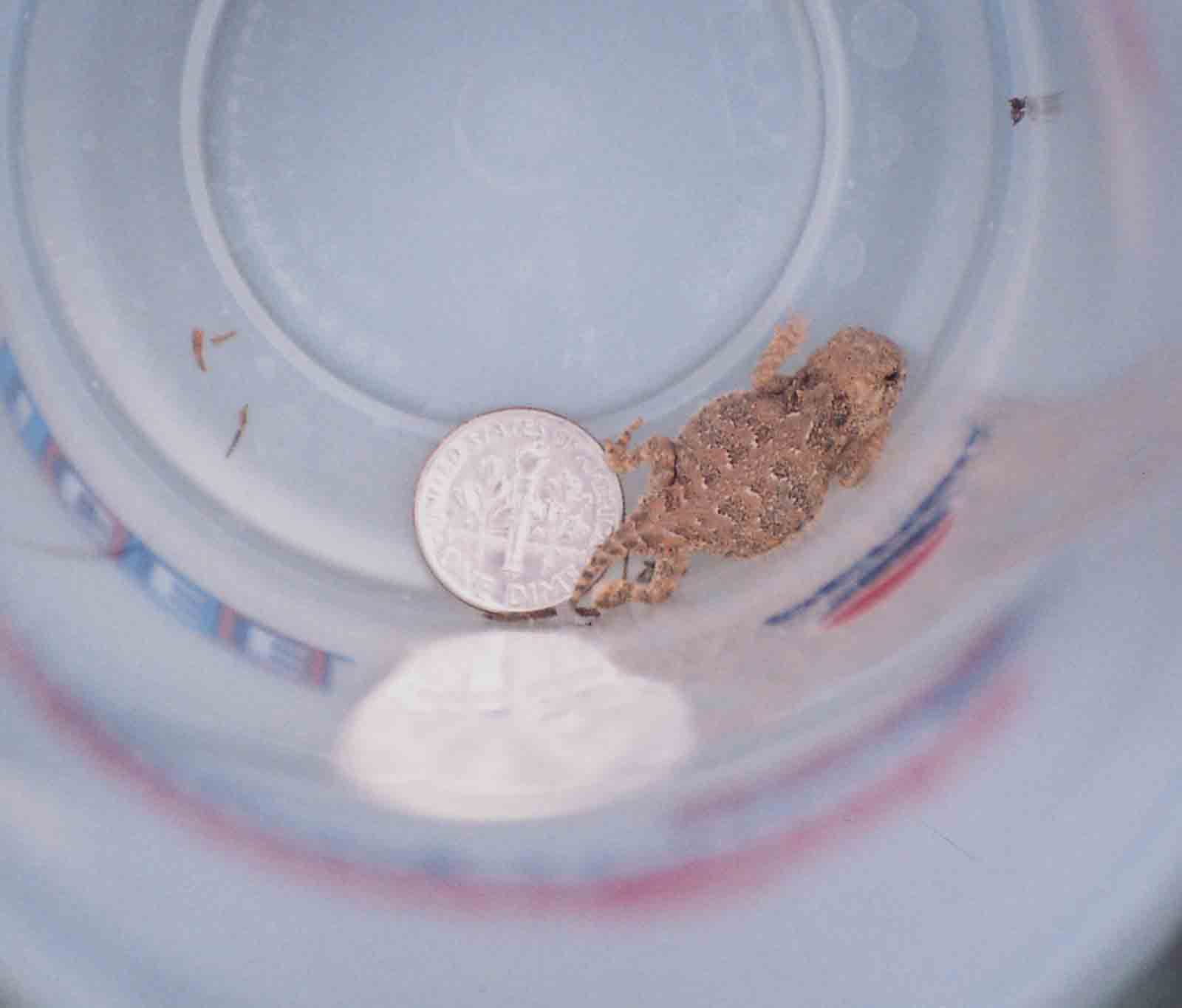